(Reuters Health) – Drab olive cigarette packs bearing a prominent quit-smoking helpline number, introduced more than a year ago in Australia, had a sizeable and sustained effect on interest in quitting, researchers say. 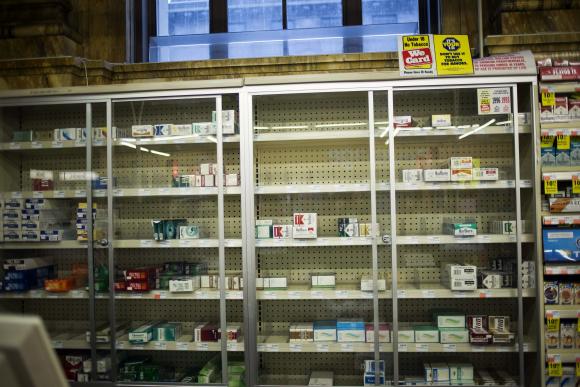 Near empty cigarette shelves are seen at a CVS store in New York February 4, 2014. CVS Caremark Corp said on Wednesday that it would stop selling tobacco products at its 7,600 stores by October, becoming the first U.S. drugstore chain to take cigarettes off the shelf. Public health experts called the decision by the No. 2 U.S. drugstore chain a precedent-setting step that could pressure other stores to follow suit. Picture taken February 4, 2014. REUTERS/Eric Thayer (UNITED STATES – Tags: BUSINESS HEALTH)

Just one of many controls imposed on cigarette marketing and sales over the past decade in that country, the plain packaging was linked to a 78-percent spike in calls to territorial quitlines within a month of its introduction.

The results suggest the legislation does have a positive early impact (on smokers) and so other countries could feel more confident in introducing similar legislation, said Jane Young, a cancer epidemiologist at the Sydney School of Public Health, who led the study.

The plain packages, implemented in October 2012, mean that every brand’s cigarettes look nearly identical, with the brand name relegated to a small, standardized font.

In March 2006, cigarette packaging with graphic health warnings including photos of cancer-riddled lungs and gangrenous limbs was introduced in Australia.

(The labels) inform consumers about what might happen to them when they use the product, said Joanna Cohen, director of the Institute for Global Tobacco Control at the Johns Hopkins Bloomberg School of Public Health in Baltimore, Maryland.

The plain and standardized packaging is meant to reduce the appeal of the package and show the warning. Hopefully current smokers will quit because they are more aware of the health impacts, and fewer people will start, said Cohen, who was not involved in the new study.

Young’s team wanted to isolate the impact of just the switch to plain packaging on interest in quitting.

They looked at the number of calls in New South Wales and the Australian Capital Territory to the national quitline before and after introduction of the plain packages.

Calls jumped from 363 a week before the packaging change to a peak of 651 calls a week four weeks after the new packages were introduced, Young and her colleagues report in the Medical Journal of Australia.

The study also compared those results to the number of calls received by the Quitline after Australia’s addition of graphic warning labels. That change was linked with a jump from 910 calls a week to a peak of 1,653 calls 12 weeks afterwards, representing an 84 percent increase.

The effect of the graphic warnings only lasted an estimated 20 weeks, however, whereas the researchers estimate the effect of plain packaging to have endured 43 weeks.

They also adjusted their results for other potential influences on interest in quitting smoking, such as cigarette pricing, limits on smoking in public and on the display of cigarettes at points of sale, as well as the New Year’s resolution effect.

Australia is the only country that has implemented the plain packaging thus far, but public health experts say others likely will – and should – adopt the policy.

Anything that we can do to better communicate that the product is deadly is a good thing, Cohen said.

Britain announced late last year that plain tobacco packaging was under review, with the option of mandating the packaging change if evidence showed it would cut down on smoking. The European Union has also moved to institute graphic health warnings on cigarettes and measures to ban menthol-flavored cigarettes.

Changing cigarette packaging can take years, often because it means squaring off in a legal battle with cigarette companies.

Many countries are in line to follow with the plain and standardized packaging once the legal issues get resolved, Cohen said. 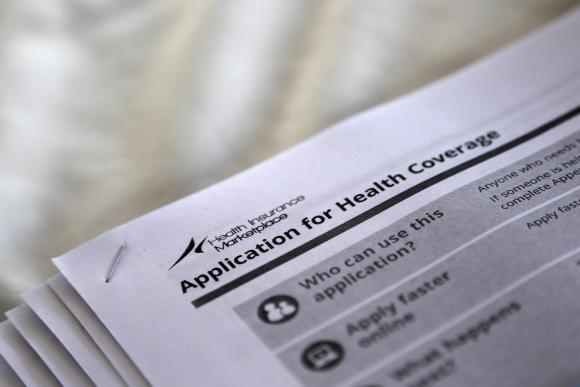 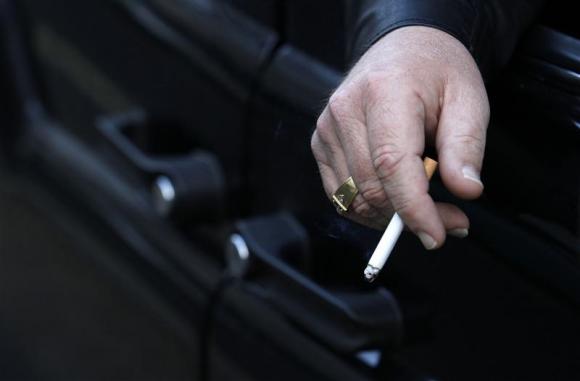