After UN acts, NKorea vows to beef up nukes

SEOUL, South Korea (AP) — North Korea swiftly lashed out against the U.N. Security Council’s condemnation of its December launch of a long-range rocket, saying Wednesday that it will strengthen its military defenses – including its nuclear weaponry – in response. 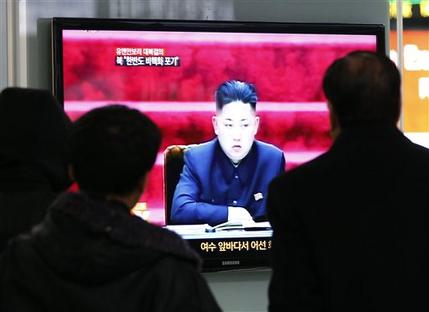 The defiant statement from North Korea’s Foreign Ministry was issued hours after the Security Council unanimously adopted a resolution condemning Pyongyang’s Dec. 12 rocket launch as a violation of a ban against nuclear and missile activity. The resolution, which won approval from Pyongyang’s ally and protector China after drawn-out discussions, also expanded sanctions against the North.

In Pyongyang, the Foreign Ministry maintained that the launch was a peaceful bid to send a satellite into space, not a test of long-range missile technology. But now, North Korea will “counter the U.S. hostile policy with strength, not with words,” the ministry said, ominously warning that North Korea will “bolster the military capabilities for self-defense including the nuclear deterrence.”

The wording “considerably and strongly hints at the possibility of a nuclear test,” analyst Hong Hyun-ik at the private Sejong Institute think tank near Seoul said Wednesday.

A nuclear test would fit into a familiar pattern of defiance in Pyongyang. In 2006 and 2009, North Korea followed up rocket launches just weeks later by testing atomic devices, which experts say is necessary for development of nuclear warheads.

However, North Korea has a new leader, Kim Jong Un, who took over in December 2011 following the death of father Kim Jong Il. How he will handle the standoff with the international community remains unclear.

There was no indication Wednesday of an imminent nuclear test. However, satellite photos taken last month at North Korea’s underground nuclear test site in Punggye-ri in the far northeast showed continued activity that suggested a state of readiness even in winter, according to analysis by 38 North, a North Korea website affiliated with the Johns Hopkins School for Advanced International Studies.

Last month’s rocket launch has been celebrated as a success in North Korea, and the scientists involved treated like heroes. Kim Jong Un cited the launch in his New Year’s Day speech laying out North Korea’s main policies and goals for the upcoming year, and banners hailing the launch are posted on buildings across the capital.

Washington and its allies consider the long-range rocket launch a covert test of ballistic missile technology, and suspect Pyongyang is working toward mounting a nuclear warhead on a missile capable of striking the U.S.

North Korea claims the right to build nuclear weapons as a defense against the United States, which stations more than 28,000 troops in South Korea. The foes fought in the three-year Korean War, which ended in a truce in 1953 and left the Korean Peninsula divided at the 38th parallel.

Six-nation disarmament negotiations, hosted by China and aimed at offering North Korea much-needed food and fuel in return for dismantling its nuclear program, have been stalled since North Korea walked away from the talks following U.N. punishment for its 2009 rocket launch.

Since then, Pyongyang had indicated its readiness to resume discussing disarmament, and in February 2012 negotiated a deal with Washington to place a moratorium on nuclear and missile tests in exchange for food aid.

That deal fell apart when North Korea unsuccessfully launched a long-range rocket in April. In July, North Korea’s Foreign Ministry issued a memorandum declaring that it felt forced to “completely re-examine the nuclear issue due to the continued U.S. hostile policy” toward Pyongyang.

“There can be talks for peace and stability of the Korean Peninsula and the region in the future, but no talks for the denuclearization of the peninsula,” it said.

The Security Council demanded that North Korea abandon its nuclear weapons program in a “complete, verifiable and irreversible manner,” and ordered the regime to cease rocket launches.

“Today’s resolution also makes clear that if North Korea chooses again to defy the international community, such as by conducting another launch or a nuclear test, then the (Security) Council will take significant action,” U.S. Ambassador Susan Rice said.

The binding resolution is the first in four years to expand sanctions against Pyongyang. It ordered the freeze of more North Korean assets, including the space agency, and imposed a travel ban on four more officials – limited sanctions that target individuals and specific companies.

“We believe that action taken by the Council should be prudent, measured, proportionate and conducive to stability,” Chinese Ambassador Li Baodong said after the vote.

The decision by China, North Korea’s biggest ally and economic supporter, to approve the U.N. resolution – including sanctions – may reflect frustration on Beijing’s part toward its neighbor, analysts said. In the past, China has vetoed applying sanctions for past provocations.

“China has limited influence with North Korea,” Zhang Liangui, a researcher with the ruling Communist Party’s main research and training institute, said in Beijing. “Beijing disapproves of any nuclear test or new missile launch, but there’s not a lot it can do.”

China’s support for the resolution, with targeted sanctions, signals that it agrees that North Korea’s launch was a test of its ballistic missile technology, but it is still trying to protect the ally.

“China is striking a balance here. It wants to punish North Korea for the latest launch and tell it not to undertake a new ballistic missile launch. But it doesn’t want to put unbearable pressure on Pyongyang,” said Shen Dingli, a regional security expert and director of the Center for American Studies at Shanghai’s Fudan University.

After UN acts, NKorea vows to beef up nukes 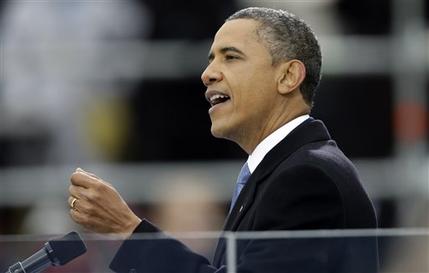 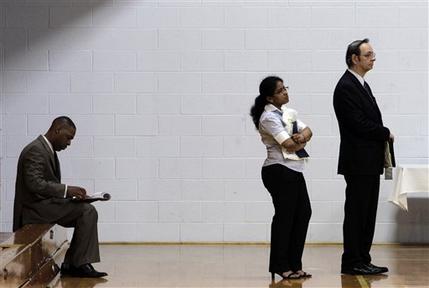