(Reuters) – Former President Bill Clinton gave a rousing defense of President Barack Obama’s handling of the weak U.S. economy on Wednesday and launched a detailed attack on Republican Mitt Romney in a speech that electrified the Democratic National Convention. 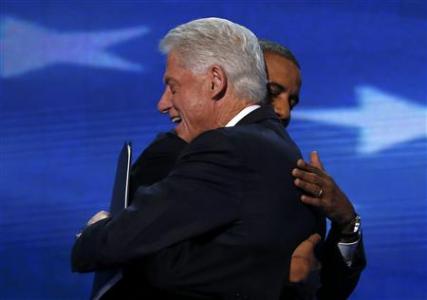 Folksy, long on detail and showing he is still a master orator nearly 12 years after he left office, Clinton gave a more cogent defense of Obama’s actions as president than perhaps the current resident of the White House himself has given.

Obama, he said, should not be blamed for the poor economy he inherited in 2009 and has set the foundations for strong growth – if voters will give him more time and re-elect him on November 6.

“Listen to me now,” said Clinton. “No president – not me, not any of my predecessors – could have fully repaired all the damage that he found in just four years.”

The speech was vintage Clinton, and proof that despite a series of heart ailments that have not slowed down the 66-year-old, he still relishes the political limelight.

Frequently departing from his prepared remarks, Clinton painted Obama as a reasonable man prevented from creating more jobs and reducing the budget deficit by a Republican Party in the grip of its extreme right wing.

His speech, given shortly before the Democrats formally nominated Obama for a second term, was a reminder of the budget surpluses and job growth Clinton led in the 1990s during his two terms in the White House.

Whether it will be enough to help keep Obama in office is an open question. Obama finds himself in a vulnerable position with the U.S. jobless rate at 8.3 percent. Polls show a tight race between him and Romney. Obama addresses the convention on Thursday, and on Friday, the Labor Department will give a figure on the jobless rate for August.

If Americans “renew the president’s contract,” the economy will get better and “you will feel it,” Clinton said.

“Folks, whether the American people believe what I just said or not may be the whole election. I just want you to know I believe it. With all my heart I believe it,” he said.

Clinton received roaring applause from thousands of Democrats who jammed the convention hall in Charlotte, North Carolina. The cheers grew louder when Obama came on stage after Clinton’s speech. Clinton bowed to the president and gave him a bear hug.

Republicans were unimpressed, saying Obama has not worked cooperatively with his opponents as Clinton once did. “President Clinton drew a stark contrast between himself and President Obama tonight,” said Romney spokesman Ryan Williams.

The Democrats’ most popular elder statesman, Clinton was an Obama adversary in the 2008 campaign when his wife, Hillary Clinton, lost the party’s nomination to Obama. They have since patched up those wounds.

Related:  How to deal with your shrunken paycheck in 2013
Powered by Inline Related Posts

Clinton began talking in TV’s prime time and stretched way beyond it in an address of around 50 minutes that he softened up with Southern charm, mentioning unexpected details such as a reference to George Washington’s false teeth.

“He was absolutely phenomenal. It was what we needed to put things in plain English so people understand. We couldn’t have had a stronger message,” said Kevin Muth, a Florida Democratic delegate.

Clinton claimed that in 52 years, Democratic presidents have generated more job growth than Republicans by 42 million to 24 million.

“When President Barack Obama took office the economy was in free fall. It had just shrunk 9 full percent of GDP. We were losing 750,000 jobs a month. Are we doing better than that today? The answer to that is yes,” he said.

He gave point-by-point criticism of Romney and his vice presidential running mate, Paul Ryan, accusing Romney of wanting to overhaul government entitlement programs Medicare and Medicaid in a way that would reduce benefits for poor children and seniors, he said.

“If he’s elected and he does what he promised to do, then Medicare will go broke in 2016,” said Clinton.

Romney’s criticism of Obama for allowing states to have waivers from work requirements in a welfare law Clinton signed is misplaced, said the former president.

His appearance followed a sometimes chaotic day at the convention, when Obama had to personally intervene to force back into the party platform language declaring Jerusalem to be the capital of Israel.

Democrats also scrambled to move Obama’s Thursday night speech indoors. He had wanted to accept the Democratic nomination in an open-air stadium jammed with tens of thousands of supporters to portray an image of strength as he faces a tough re-election fight.

But the threat of thunderstorms from remnants of Hurricane Isaac forced convention organizers to switch the speech to a much smaller location, the Time Warner Cable Arena.

Other speakers lauded Obama for defending the rights of women, immigrants and gays and countered Republican arguments that he is anti-business.

She criticized Romney’s statement that “corporations are people.”

“No, Governor Romney, corporations are not people,” Warren said. “People have hearts, they have kids, they get jobs, they get sick, they cry, they dance. They live, they love, and they die. And that matters,” Warren said. 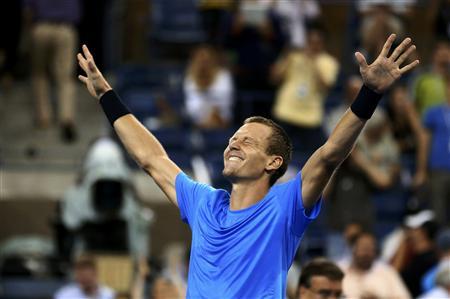 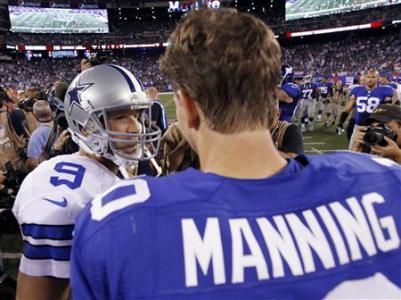