Los Angeles area police have launched a huge manhunt for a sacked officer who is suspected of killing three people, including a former colleague. 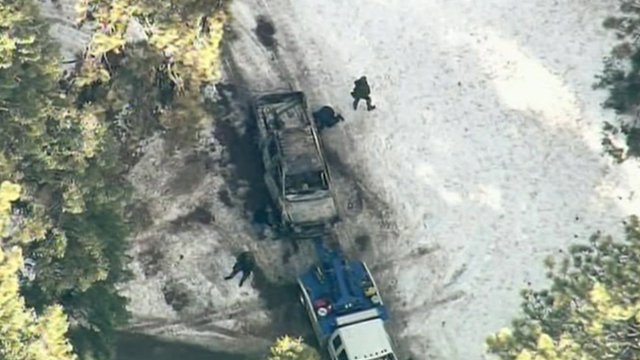 Christopher Dorner, 33, is alleged to have gunned down a policeman and wounded two others on Thursday morning.

He is also wanted over the shooting deaths of a couple at the weekend.

Fire officials in Big Bear Lake told the Los Angeles Times that fresh tracks spotted in the snow were believed to be Mr Dorner’s but that it was possible the truck was a diversion.

Nearby schools and other buildings were placed on a security lockdown as a precaution.

Mr Dorner is said to have implicated himself in a 14-page “manifesto” that made threats against several people, including Los Angeles police employees.

A former US Navy reservist, he was with the police department between 2005-08, but lost his job for making false statements.

He is suspected of:

Monica Quan’s father represented Mr Dorner before a disciplinary tribunal that ruled against the suspect at the time of his dismissal.

According to court documents, Mr Dorner was fired in 2008 after making a complaint against his field training officer, saying she had kicked a suspect, a schizophrenic man with severe dementia, during an arrest.

Officials have assigned more than 40 protection details to potential targets of the fugitive, and electronic signs that usually list expected commute times urged motorists to call police if they saw Mr Dorner or his vehicle.

Los Angeles chief of police Charlie Beck told reporters: “Of course he knows what he’s doing – we trained him. It is extremely worrisome and scary, especially to the police officers involved.”

Mr Beck said that Mr Dorner has access to multiple weapons, including an assault rifle.

On Thursday morning, jittery Los Angeles police mistakenly fired on a vehicle they thought was similar to one used by Mr Dorner.

Two women were injured. One was in a stable condition with two gunshot wounds and the other had a minor gunshot wound.

Nevada police are also on alert, as the suspect owns a house nine miles (14.5km) from the Las Vegas Strip.

Police said earlier that an LAPD badge and identification belonging to Mr Dorner had been found by a citizen near San Diego’s airport.

San Diego police said a man matching the suspect’s description had tried to steal a boat from one of the city’s marinas on Wednesday night.

When the boat would not start, that person tied up an 81-year-old man on board and fled.

He was last known to be living in La Palma, California.

Mr Dorner’s rambling “manifesto” extends for more than 11,000 words and contains a number of allegations against former colleagues, together with embittered reflections on his childhood.

The essay warns of “unconventional and asymmetrical warfare to those in LAPD uniform whether on or off duty”.

He also says “unfortunately, this is a necessary evil that I do not enjoy but must partake and complete for substantial change to occur within the LAPD and reclaim my name”.

The profanity-peppered rant ends with praise for a range of public figures and celebrities, from New Jersey Governor Chris Christie to the actor Bill Cosby. 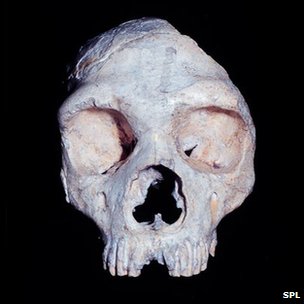 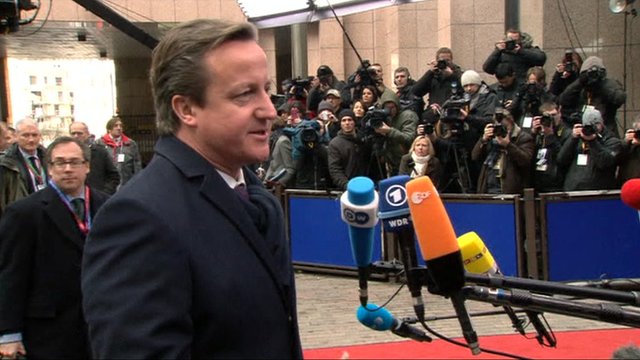