(Reuters) – The first woman to lead the U.S. Air Force Academy formally took command on Monday, ushering in a new era for the 59-year-old military school in Colorado. 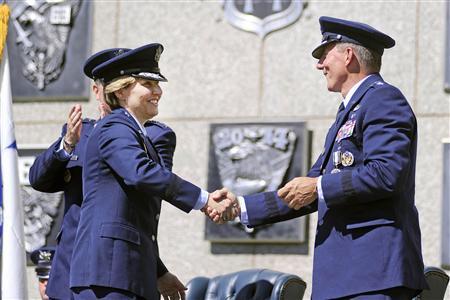 Newly-named superintendent of the United States Air Force Academy Lt. Gen. Michelle Johnson (L) shakes hands with Lt. Gen. Mike Gould after being recognized as superintendent during a change of command ceremony at the Academy in Colorado in this August 12, 2013 handout provided by the U.S Air Force. REUTERS/Sarah Chambers/U.S. Air Force/Handout via Reuters

Lieutenant General Michelle Johnson, welcomed with a Change of Command ceremony, told a crowd of hundreds of cadets, staff, service leaders and supporters that she looked forward to the challenge of leading the academy through both its triumphs and its challenges.

“We can find meaning in adversity, and there are lessons from overcoming negative experiences and to grow stronger through them,” she said.

Johnson takes over for Lieutenant General Mike Gould, a 1976 graduate who was superintendent for four years and who is set to retire in October. Johnson is the academy’s 19th superintendent.

The arrival of a female chief signals a change for a school that has seen its share of sexual scandals, most recently the dismissal of cadet Jamil Cooks after his April conviction on a charge of abusive sexual conduct after he pleaded guilty to the unlawful entry into the rooms of two female cadets.

In 2003, reports that dozens of female academy cadets had been sexually assaulted by fellow cadets in incidents covering a decade, but that academy officials ignored or downplayed their complaints, led to Congressional hearings.

Johnson, a 1981 academy graduate, was the academy’s first female cadet wing commander. She comes to the academy after serving as the Deputy Chief of Staff of Operations and Intelligence at the Supreme Headquarters Allied Powers Europe for the North Atlantic Treaty Organization.

Johnson attended Oxford University as a Rhodes Scholar and earned a master’s degree in politics and economics.

The academy was authorized by President Dwight. D. Eisenhower in 1954, offering a four-year program to graduate cadets with a bachelor of science and a commission as second lieutenant in the Air Force. 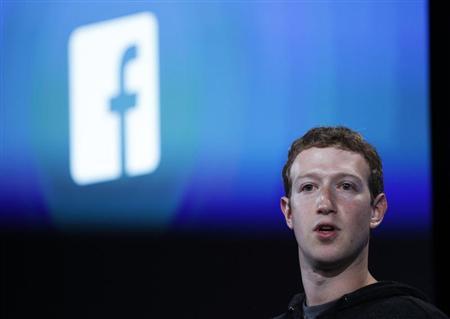 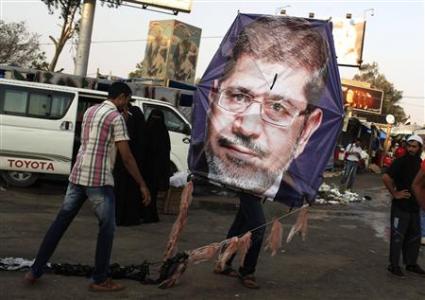