During presidential election seasons, we start hearing a lot of big money figures thrown around but have you ever asked yourself, how much money do you have to spend to become president? If you’re planning to make a run for the White House, you’ll want to start saving your money now.

President Obama
Let’s start with the current president. According to the Center for Responsive Politics, the total amount of money spent by the Obama campaign in 2008 came in at $730 million, far outspending Republican nominee John McCain who spent a mere $333 million. Obama became the first major party candidate to reject public campaign funding, which allowed him to not fall under some campaign finance laws that may have limited his fundraising efforts. How much more was spent in 2008, than previous years? The Obama Campaign raised nearly twice as much money as the Bush campaign in 2004, which, at the time, was the most expensive campaign in history.

This year, once the Obama campaign gets in to full swing, he may spend $1 billion in his attempt to be reelected. However, campaign organizers dispute that fact, saying that much of his 2008 expenditures came during the primary season during the tough fight with Hillary Rodham Clinton.

The Iowa Caucus
Gaining your party’s nomination isn’t a cheap endeavor either. According to the Bloomberg Government Barometer, in the recent Iowa Caucus, Mitt Romney spent approximately $2.3 million on TV advertising in Iowa, which comes out to around $75.44 for each of the 30,015 votes he received, and Rick Santorum’s supporters spent only $303,570 for his TV ads or $10.12 for each of his 30,007 votes. The person who spent the most and got the least may be Rick Perry who spent $2.8 million on advertising or $218.65 for each of his 12,604 votes, according to figures posted by Campaign Media Analysis. The total amount of advertising dollars spent in Iowa came out to an estimated $7 million for all candidates.

Super PACs
Political Action Committees may spend more on candidates than the actual campaign. Restore our Future, a Super PAC in support of Mitt Romney spent $2.8 million, nearly twice as much on TV ads than the Romney Campaign, which spent $1.5 million. These were mostly ads geared at discrediting Newt Gingrich.

Statistics seem to indicate that it worked. Gingrich was in the top spot with 26% of the projected vote, but once the caucus took place, he held a distant 13%. According to insiders, PACs are in the perfect position to help their candidates. Since they aren’t accountable to anybody and aren’t officially part of the official campaign, they can spend large sums of money doing the campaign dirty work allowing the candidate to say that they aren’t responsible for the actions of their supporters. This year is sure to see large budgets, not only in the campaigns themselves but also in these political action committees.

Along with healthcare, another recession-proof expenditure appears to be the financing of presidential candidates. By the time the final vote is cast on election night, billions of dollars will have been spent campaigning for your vote. The race is on. 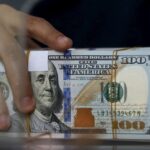 6 Millionaire Traits That You Can Adopt

‘No Carbs, Work Out, Dedication! Kim Kardashian Reveals The Three Steps Behind Her Amazing Body Shape

I spent £5,000 on a facelift – but my toyboy lover dumped me because I’m too old to have children

How Much It Costs To Become President 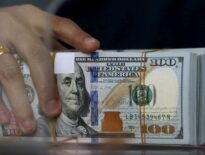