(Reuters) – Former Prime Minister Silvio Berlusconi appeared to have done an about-face on Saturday, vowing to stay in front-line Italian politics after a Milan court sentenced him to four years in jail for tax fraud related to his media empire.

Berlusconi’s surprise decision to remain in politics comes just three days after the four-time prime minister said he would not seek the premiership again.

“There doubtless will be consequences,” Berlusconi told an Italian television interviewer, referring to the conviction, which, however, will not be enforced until all appeals are exhausted – a process that could take years.

“I feel obliged to stay in the field to reform the justice system so that what happened to me does not happen to other citizens,” he told Italy’s Channel Five television, part of Mediaset.

Berlusconi was convicted of inflating the price paid for TV rights via offshore companies controlled by Berlusconi and skimming off part of the money to create illegal slush funds.

The comments by Berlusconi – who has gone back and forth many times in the past on what his political future held – were met with derision by his foes and joy by some of his most fervent allies.

“Today’s statement is different from yesterday’s. We are waiting to see what tomorrow’s will be like,” said Gianfranco Fini, speaker of the lower house of parliament, who broke with Berlusconi after a bitter row that split the center-right.

But it was not clear if Berlusconi, now a member of the lower house of parliament, meant he would run for high office again or just stay on as an unelected political force of the center-right.

“I am happy that he has decided to stay in order to wave high the flag that guarantees freedom,” said Daniela Santanche, a hardcore Berlusconi loyalist from the right-wing of his PDL party.

Berlusconi was due to hold a news conference to explain himself later on Saturday.

The move came as a surprise because last Wednesday Berlusconi said he would not run in next year’s elections as the leader of his People of Freedom (PDL) party, ending almost 19 years as the dominant politician of the center-right.

The court sentence included a five-year ban on running for political office but since the sentence does not become executive until all appeals are exhausted, Berlusconi can run for parliament in the next national elections in April.

The 76-year-old billionaire media magnate, who was convicted three times during the 1990s in the first degree before being cleared by higher courts, has the right to appeal the ruling two more times before the sentence becomes definitive.

Berlusconi has often accused magistrates of waging a political war against him and insisted that Friday’s sentence was no different.

He accused the judge who handed down the sentence, Edoardo D’Avossa, of “having it in for me”.

D’Avossa’s ruling said that between 2000 and 2003 there had been “a very significant amount of tax evasion” and “an incredible mechanism of fraud” in place around the buying and selling of broadcast rights by Mediaset.

Berlusconi, whose “bunga bunga” parties with aspiring starlets won worldwide notoriety, has taken a largely backseat role in politics since he was forced to step down, but he remains the dominant figure within the PDL.

His standing with the general public has fallen sharply after an array of sexual and political scandals and an opinion poll last month gave him just 18 percent support, well behind Angelino Alfano, the PDL’s 42-year-old secretary. 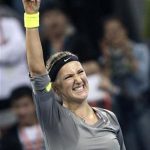 Azarenka seals year-end number one spot with win over Li 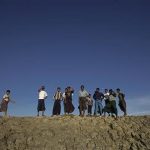 Michael Jackson is back! Pepsi to use pop star to boost brand

Jack Klugman, famed for TV role on “The Odd Couple,” dead at 90

Education: The tools that every online education student will need 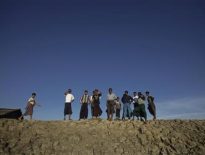 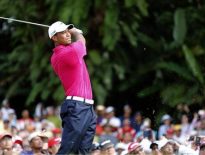