(Reuters) – Japan may face a total nuclear shutdown in the summer for the second time since the March 2011 Fukushima disaster as the country’s two operating reactors close for maintenance and tough new safety checks keep the rest of the fleet offline.

That could force Japan to import even more fossil fuels for power generation, adding to an onerous energy bill that helped push the country into a record trade deficit in 2012.

“It is unlikely that any of the idled reactors will re-start prior to September due to ongoing investigations of seismic issues at certain plants and due to the fact that safety standards have still not been finalized by the Nuclear Regulation Authority,” said Tom O’Sullivan, a Tokyo-based energy consultant.

“Local approvals will also be necessary for re-starts, adding a further layer of complication,” he said.

The previous Democratic Party of Japan government’s decision last June to restart two reactors weeks after the last full shutdown galvanized the country’s previously dormant anti-nuclear movement, sparking the biggest demonstrations in decades and contributing to its downfall in elections in December.

Media surveys have shown a majority of Japanese want to abandon atomic energy by 2030, if not sooner, making the decision to restart even reactors deemed safe a risky proposition for the new Liberal Democratic Party government.

Utilities and the government, however, are keen to reduce expensive oil and gas imports. Japan is already the world’s top liquefied natural gas (LNG) importer, and volumes rose 11.2 percent to a record 87.31 million metric tons in 2012 from a year earlier, according to government data. That is more than one third of global trade of about 240 million metric tons in LNG in 2011.

The NRA, set up in September last year with more independence than its predecessor, this week released a draft of tough new rules that nuclear operators must comply with to get reactors approved for restart. These may delay any restarts further. The NRA say it will finalize the safety standards by July.

“In terms of earthquakes and tsunamis, I’m sure our safety standards will be the toughest in the world,” NRA chief Shunichi Tanaka said at a regular news conference on Wednesday.

Tanaka earlier warned the government its three-year deadline to carry out safety checks of reactors is too ambitious.

The only two of Japan’s 50 nuclear plants operating are both at Kansai Electric Power’s Ohi plant in western Japan, and must be for shut for maintenance 13 months after resuming commercial operations, according to Japanese law.

That means they will be idled by the middle of September, according to Kansai Electric spokesman Takahiro Senoh.

The Fukushima disaster, the worst nuclear accident in the world in a quarter century, prompted the gradual shutdown of all Japan’s nuclear reactors until there were none left operating in May 2012, leaving the country without atomic power for the first time since 1970. 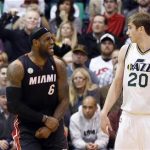 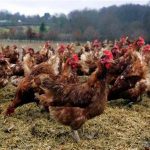 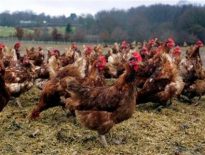 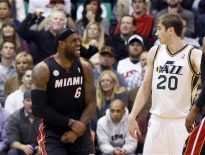