(Reuters) – Oscar-winning director Milos Forman, known for works such as “One Flew Over The Cuckoo’s Nest,” will be honored with a lifetime achievement award, the Directors Guild of America said on Wednesday.

Forman, 80, will receive the coveted accolade, one of the guild’s highest honors, at an awards ceremony in Los Angeles on February 2.

The Czech-American director won two Academy Awards for best director, one for 1975’s “One Flew Over the Cuckoo’s Nest” and his second for 1984’s “Amadeus.” Both films also won Oscars for best picture.

“No matter what subject or genre he tackles, Milos finds the universality of the human experience in every story, allowing us – his rapt audience – to recognize ourselves within the struggle for free expression and self-determination that Milos so aptly portrays on the silver screen,” Taylor Hackford, president of the Director’s Guild, said in a statement.

Forman will be the 34th recipient of the DGA’s lifetime achievement award in the guild’s 76-year history, joining the ranks of Steven Spielberg, Francis Ford Coppola and Stanley Kubrick.

The director was a leading figure of the Czechoslovak New Wave movement, along with directors Ivan Passer, Vera Chytilova and others. Forman’s films such as 1964’s “Black Peter” and the 1967 communist satire “The Fireman’s Ball” were banned for a time in the former Czechoslovakia. 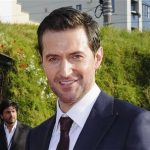 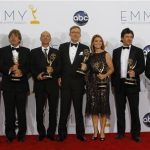 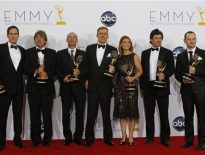 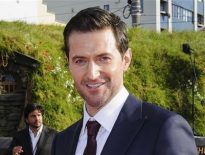