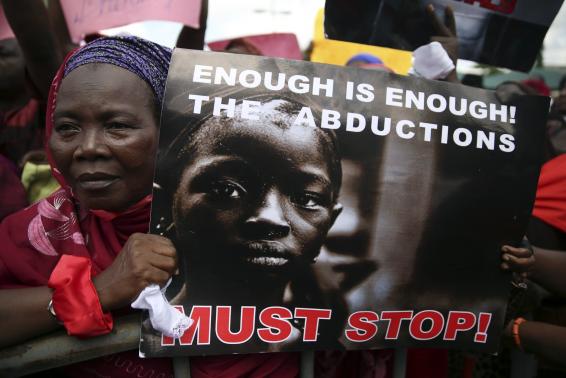 A woman holds a sign during a protest demanding the release of abducted secondary school girls from the remote village of Chibok, in Lagos May 5, 2014. The Islamist militant group Boko Haram claimed responsibility on Monday for the abduction of more than 200 schoolgirls during a raid in the village of Chibok in northeast Nigeria last month, the French news agency AFP reported, citing a video it had obtained. Boko Haram on April 14 stormed an all-girl secondary school in Chibok, in Borno state, then packed the teenagers, who had been taking exams, onto trucks and disappeared into a remote area along the border with Cameroon. REUTERS/Akintunde Akinleye (NIGERIA – Tags: CRIME LAW CIVIL UNREST)

Boko Haram militants stormed an all-girl secondary school in the village of Chibok, in Borno state, on April 14 and packed the teenagers, who had been taking exams, onto trucks and disappeared into a remote area along the border with Cameroon.

The attack shocked Nigerians, who have been growing accustomed to hearing about atrocities in an increasingly bloody five-year-old Islamist insurgency in the north.

I abducted your girls. I will sell them in the market, by Allah, Boko Haram leader Abubakar Shekau says in a video, chuckling as he stands in front of an armored personnel carrier with two masked militants wielding AK-47s on either side of him.

Allah has instructed me to sell them. They are his property and I will carry out his instructions, he says.

Boko Haram, seen as the main security threat to Nigeria, Africa’s leading energy producer, is growing bolder and extending its reach. The kidnapping occurred on the day a bomb blast, also blamed on Boko Haram, killed 75 people on the edge of Abuja, the first attack on the capital in two years.

The militants, who say they are fighting to reinstate a medieval Islamic caliphate in northern Nigeria, carried out a second bomb attack more than two weeks later in the same area, killing 19 people and wounding 34 in the suburb of Nyanya.

The girls’ abduction has been hugely embarrassing for the government and threatens to overshadow its first hosting of the World Economic Forum (WEF) for Africa on May 7-9.

Nigerian officials had hoped the event would highlight their country’s potential as an investment destination since it became Africa’s biggest economy after a GDP recalculation in March.

The apparent powerlessness of the military to prevent the attack or find the girls in three weeks has led to protests in the northeast and in Abuja and Lagos.

On Sunday, authorities arrested a leader of a protest staged last week in Abuja that had called on them to do more to find the girls, further fuelling outrage against the security forces.

Naomi Mutah Nyadar was picked up by police after a meeting she and other campaigners held with President Goodluck Jonathan’s wife, Patience, concerning the girls.

Nyadar was taken to Asokoro police station, near the presidential villa, said fellow protester Lawan Abana, whose two nieces are among the abductees. She was released later on Monday and police said she had merely been invited in for an interview.

A presidency source said Nyadar had been detained because she had falsely claimed to be the mother of one of the missing girls. Abana said she had made no such claim.

In a statement, Patience Jonathan denied local media reports that she had ordered Nyadar’s arrest but urged the protesters in Abuja to go home, the state-owned News Agency of Nigeria said.

You are playing games. Don’t use school children and women for demonstrations again. Keep it to Borno, let it end there, the agency quoted her as saying.

Protests continued in Abuja on Monday and spread to Lagos, Nigeria’s commercial hub in the southwest and geographically as far away from the region troubled by Boko Haram as possible.

Lagosians normally express a degree of shoulder-shrugging apathy about the violence plaguing the north, but on Monday hundreds gathered outside the Lagos state secretariat to demand security forces do more to rescue the girls.

This is the beginning. Until the girls are back, we will continue. I think this is the first step and we will mobilize more and more people, said Charlotte Obidairo of Youth Empowerment and Development Nigeria, a non-governmental organization.

Protests could become a major headache for the government if they continue and coincide with the WEF event, where security arrangements will involve some 6,000 troops.

At least two people were killed in an attack by suspected Boko Haram militants on a military police outpost in northern Cameroon on Monday, a government spokesman said. The group has been using Cameroon’s Far North region as a base for attacks in Nigeria.

In a televised media chat on Sunday, President Jonathan pledged that the girls would soon be found and released, but admitted he had no clue where they were.

Let me reassure the parents and guardians that we will get their daughters out, he said, adding extra troops had been deployed and aircraft mobilized in the hunt for the girls.

Britain and the United States have both offered to help track down the girls, but neither has given specifics. 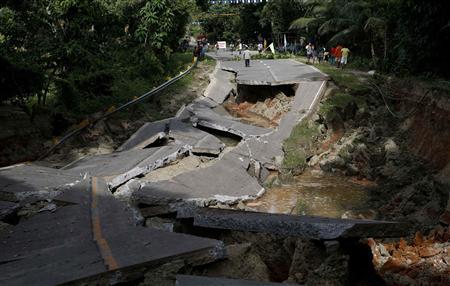 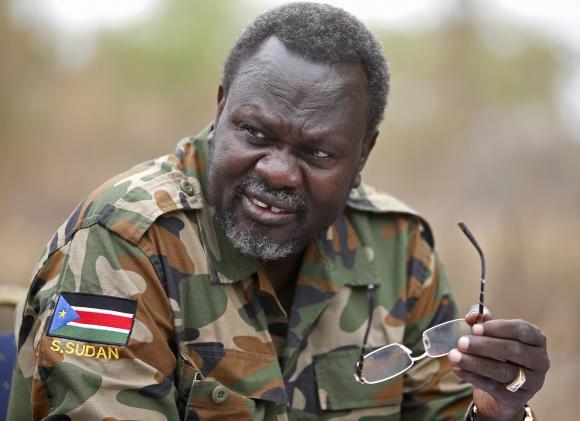