PETERSON AIR FORCE BASE, Colorado (AP) — Volunteers at a U.S. Air Force base monitoring Santa Claus’ progress around the world were on hand to answer a record number of calls Monday from children wanting to know everything from Saint Nick’s age to how reindeer fly.

Oh, and when are the presents coming?

NORAD, a joint U.S.-Canada command responsible for protecting the skies over both nations, says its Santa-tracking rite was born of a humble mistake in a newspaper ad in 1955.

The ad in a Colorado Springs newspaper invited children to call Santa but inadvertently listed the phone number for the Continental Air Defense Command, NORAD’s predecessor, also based in Colorado Springs.

NORAD got calls from 220 countries and territories last year, and non-English-speakers called this year as well.

Volunteers who speak other languages get green Santa hats and a placard listing their languages so organizers can find them quickly.

“Need a Spanish speaker!” one organizer called as he rushed out of one of three phone rooms.

First lady Michelle Obama, who is spending the holidays with her family in Hawaii, also joined in answering calls as she has in recent years. She spent about 30 minutes talking with children from across the country.

Volunteer Sara Berghoff was caught off-guard when a child called to see if Santa could be especially kind this year to the families affected by the recent Connecticut school shooting.

“I’m from Newtown, Connecticut, where the shooting was,” she remembered the child asking. “Is it possible that Santa can bring extra presents so I can deliver them to the families that lost kids?”

Sara, just 13 herself, gathered her thoughts quickly. “If I can get ahold of him, I’ll try to get the message to him,” she told the child.

Other questions required the volunteers to think fast:

“How do reindeer fly?”

“How many elves does Santa have?”

“Does Santa leave presents for dogs?”

“How old is Santa?” The answer to that one is in the FAQs that NORAD hands out to volunteers: “It’s hard to know for sure, but NORAD intelligence indicates Santa is at least 16 centuries old.”

One little boy phoned in to ask what time Santa delivered toys to heaven, said volunteer Jennifer Eckels, who took the call. The boy’s mother got on the line to explain that his sister had died this year.

“I think Santa headed there first,” Eckels told him.

NORAD suggested that its volunteers tell callers that Santa won’t drop off the presents until all the kids in the home are asleep.

“Thank you so much for that information,” said a grateful mom.

A young boy called to ask if Santa was real.

Air Force Maj. Jamie Humphries, who took the call, said, “I’m 37 years old, and I believe in Santa, and if you believe in him as well, then he must be real.”

The boy turned from the phone and yelled to others, “I told you guys he was real!” 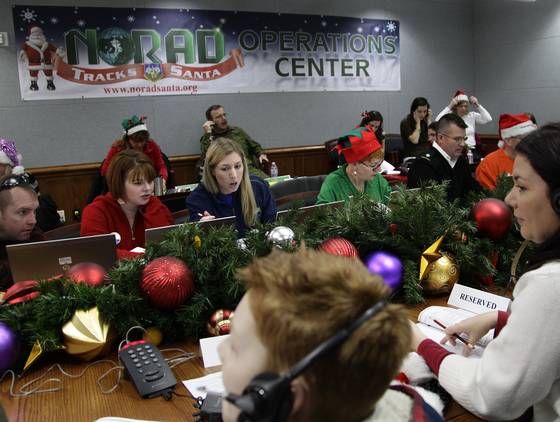 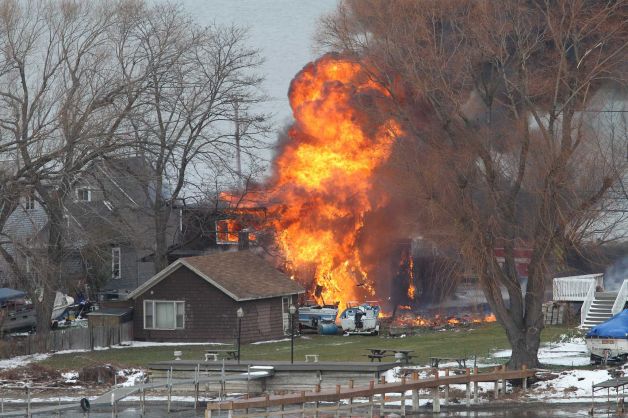 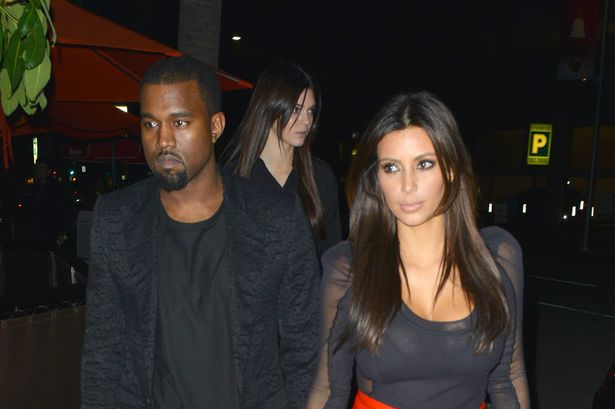