(Reuters) – North Korea said on Saturday it was entering a “state of war” with South Korea in a continuing escalation of angry rhetoric directed at Seoul and Washington, but the South brushed off the statement as little more than tough talk.

The two Koreas have been technically in a state of war for six decades under an armistice that ended their 1950-53 conflict. Despite its threats few people see any indication Pyongyang will risk a near-certain defeat by re-starting full-scale war.

“From this time on, the North-South relations will be entering the state of war and all issues raised between the North and the South will be handled accordingly,” a statement carried by the North’s official KCNA news agency said.

KCNA said the statement was issued jointly by the North’s government, ruling party and other organizations.

There was no sign of unusual activity in the North’s military or anything to suggest an imminent aggression, a South Korean defense ministry official said.

North Korea has been threatening to attack the South and U.S. military bases almost on a daily basis since the beginning of March, when U.S. and South Korean militaries started routine drills.

But the North has kept a joint industrial zone with the South running. The Kaesong zone is a source of hard currency for the impoverished state and hundreds of South Korean workers and vehicles enter daily after crossing the heavily armed border between the rivals.

North Korean leader Kim Jong-un on Friday signed off on an order putting its missile units on standby to attack U.S. military bases in the South and the Pacific, after the United States flew two nuclear-capable stealth bombers over the Korean peninsula in a rare show of force.

U.S. officials said the B-2 bombers were on a diplomatic sortie aimed at reassuring allies South Korea and Japan and were also aimed at trying to nudge Pyongyang back to dialogue, although there was no guarantee Kim would get the message as intended.

The South Korean government brushed off the North’s latest statement on Saturday, saying there was nothing fresh in it to cause greater alarm. South Koreans went about with daily lives as they have done through March under the North’s constant threat of attack.

The Unification Ministry, which handles political ties with the North, said the Kaesong industrial park was operating as normal with workers and vehicles crossing the border both says.

“North Korea’s statement today … is not a new threat but is the continuation of provocative threats,” a ministry statement said.

The Defence Ministry urged the North to stop issuing threats, reiterating the position that annual military drills conducted jointly with U.S. forces until the end of April were strictly defensive in nature.

The North’s statement said it would respond “without mercy” to any action by the South that harmed its sovereignty, suggesting it was not about to mount a pre-emptive attack.

In 2010, North Korea bombed a South Korean island close to the maritime border that Pyongyang disputes, killing two civilians and two soldiers and prompting the South to strike back with artillery and sharply elevating tensions.

Earlier that year, a South Korean navy ship was struck by a torpedo and sank, killing 46 sailors in an incident widely blamed on the North’s military although Pyongyang denies the charge. 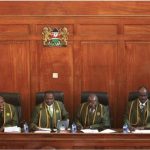 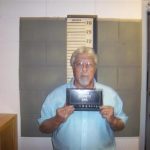 At 50 percent efficacy the RTS,S malaria vaccine will not be a stand-alone solution

Former US running star says she worked as a prostitute 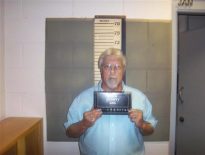 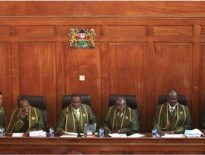