(Reuters) – A Zumba fitness instructor who doubled as a prostitute and secretly videotaped her encounters with dozens of men in a small Maine beach community pleaded guilty on Friday to 20 counts.

The instructor, Alexis Wright, 30, pleaded guilty in state court in Portland, Maine, to prostitution and conspiracy charges. She also pleaded guilty to theft for accepting state welfare assistance and tax evasion for failing to report her prostitution income.

The quiet seaside town of Kennebunk, Maine, known for its maritime heritage and proximity to former President George H.W. Bush’s home in nearby Kennebunkport, was rocked by the case after police in October began releasing the names of dozens of local men who were Wright’s clients.

“I think the unfortunate thing about this case and the attention that it’s received and the length of time that it’s gone on is that it will never be over for her,” Wright’s attorney Sarah Churchill told Maine’s WCSH television.

Prosecutors had initially charged Wright with more than 100 violations. She faces 10 months in jail and will be sentenced in May.

Wright’s business partner, businessman Mark Strong, was convicted this month of running the prostitution business with her. He was sentenced to 20 days in jail.

The plea agreement forestalls a trial in which jurors would have viewed footage of Wright engaged in sex acts with men that she surreptitiously recorded. 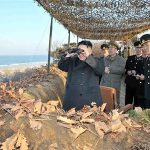 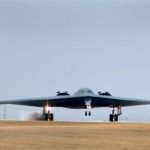 U.S. B-2 bombers sent to Korea on rare mission: diplomacy not destruction 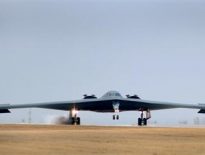 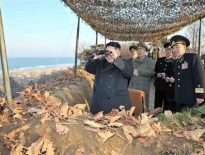