(Reuters) – Negotiations to avert the “fiscal cliff” ahead of a year-end deadline intensified as President Barack Obama and U.S. House of Representatives Speaker John Boehner spoke by phone on Tuesday after exchanging new proposals. 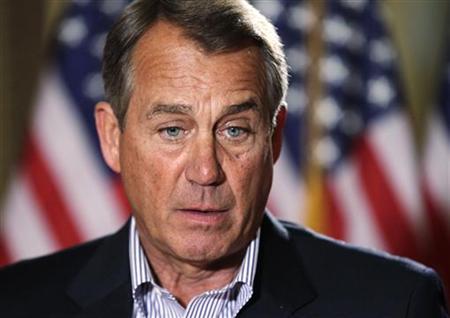 It was latest sign of possible progress in efforts to avoid the automatic steep tax hikes and spending cuts set for January 1 unless Congress intervenes.

White House and congressional aides confirmed that Obama gave Boehner a revised offer in talks on Monday, and the Republican responded with a counterproposal on Tuesday.

In his proposal, Obama slightly reduced his demand for the amount of new tax revenue he was seeking to $1.4 trillion from $1.6 trillion over 10 years, congressional aides said. Boehner was no happier with that number, an aide said.

After getting the new offer, Boehner took to the House floor on Tuesday to demand that Obama give more details on the spending cuts the White House would accept in any final deal.

“We’re still waiting for the White House to identify what spending cuts the president is willing to make as part of the balanced approach that he promised the American people,” Boehner said.

The White House fired back that the administration had submitted extensive proposals to reduce spending but Republicans had not offered specifics on increasing revenues.

“There is a deal out there that’s possible,” White House spokesman Jay Carney told reporters. It could include reduced spending, more revenues and tax reform as long as Republicans accepted higher tax rates on the wealthiest Americans, he said.

“We do believe the parameters of a compromise are pretty clear,” Carney said.

In an interview with ABC News, Obama said he expected a deal before the end of the year.

“I’m pretty confident that Republicans would not hold middle-class taxes hostage to trying to protect tax cuts for high-income individuals,” Obama said in the interview. “I don’t think they’ll do that.”

Obama and Boehner have each proposed cutting deficits by more than $4 trillion over the next 10 years, but they differ on how to get there. Economists have warned that failure to strike a deal could send the economy back into a recession.

Obama and Democrats demand that tax rates rise for the wealthiest 2 percent of Americans. Republicans want existing lower rates continued for all brackets and prefer to raise more revenue by eliminating tax loopholes and reducing deductions.

“I’m an optimist. I’m hopeful we can reach an agreement,” Boehner said during his speech on the House floor.

But Senate Democratic leader Harry Reid said it would be difficult to reach an agreement before Christmas.

“Until we hear something from Republicans, there’s nothing to draft,” Reid told reporters, referring to writing legislation based on a deal. “It’s going to be extremely difficult to get it done before Christmas.”

Boehner spokesman Michael Steel said the counteroffer from Boehner would achieve tax and entitlement reforms that would solve the looming debt crisis, but he offered no more details.

Stocks rose on Tuesday, with the S&P 500 reaching its highest close since Election Day. Markets endured a sharp selloff after the November 6 re-election of Obama, as investors focused on the fiscal cliff concerns.

“I guess in our own dysfunctional way, there is progress,” said Frank Davis, director of sales and trading at LEK Securities in New York. “Since conversations are occurring, it clarifies at least they are taking some action. My personal gut is they’ll jostle this into the holiday week and try to do a last-minute push.”

FRAMEWORK FOR A DEAL

While senior figures from both parties caution they are far from a deal, a softening of partisan rhetoric in recent days and the increased frequency of talks has created speculation that negotiations are going well.

If there is a fiscal cliff deal, congressional leaders will have to decide the most efficient way to move the legislation forward. Aides said those decisions had not been made as negotiators are still focused on the elements of a possible deal.

The most frequently discussed scenario involves Democrats getting the higher rates on the top earners in exchange for significant concessions on reducing costs in entitlement programs. The two parties could then work together next year on comprehensive tax reform aimed at creating more revenues, in part by eliminating some tax breaks.

Adding pressure on Republicans to give some ground on taxes, a group of high-profile chief executives called for a deal that could include raising tax rates on the wealthiest Americans.

The group had previously backed extending tax cuts for all Americans as a stopgap solution.

“We recognize that part of that solution has to be tax increases,” said David Cote, the chief executive of Honeywell who has been active in Washington on fiscal issues. About 160 CEOs signed the letter under the umbrella of the Business Roundtable, a non-partisan group of U.S. chief executives.

Complicating the talks is the looming need for an increase in U.S. borrowing authority that Obama wants before Congress wraps up for the year. Without the authority, the government will hit its $16.4 trillion borrowing limit by year’s end and run out of steps to stave off default by mid-February.

Obama has asked for the power to raise U.S. borrowing authority without legislation from Congress in hopes of avoiding another confrontation with Republicans like the 2011 showdown that led to an embarrassing downgrade of the U.S. credit rating.

Also in the mix is a payroll tax “holiday” set to expire, which, if not extended, will quickly reduce the take-home pay of a large segment of the U.S. workforce.

The holiday, now in its second year, has been providing workers with an average of about $1,000 a year in extra cash. Significant divisions remain on the payroll tax question in part because it funds the Social Security retirement program. 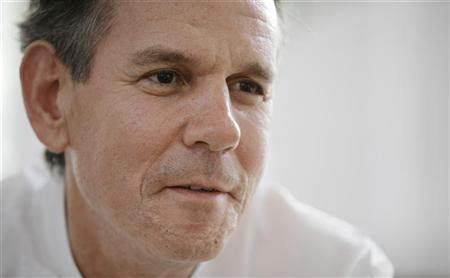 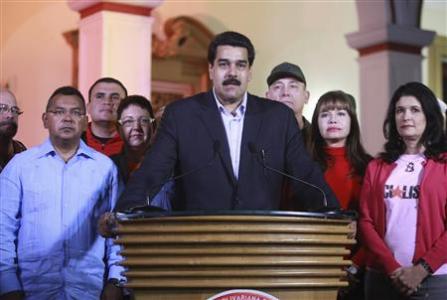