(Reuters) – President Barack Obama on Tuesday defended the latest delay in his healthcare law’s employer mandate, saying it follows similar relief his administration has already given to certain individuals.

In an apparent response to heightened Republican criticism, the president also asserted that the law known as Obamacare will be good for the U.S. economy, despite a recent government estimate that it will shrink the labor force by the equivalent of 2.5 million full-time workers over the next decade.

Our goal here is not to punish folks. Our goal is to make sure that we’ve got people who can count on the financial security that health insurance provides, Obama said at a joint news conference with French President Francois Hollande.

Obama was speaking a day after his administration announced a new delay in a contentious requirement that all but the smallest businesses provide health coverage for their full-time employees or pay a tax penalty.

New regulations give medium-sized businesses an additional year to comply and phase in the same requirement for large employers.

Republicans in Congress responded to Monday’s announcement by renewing calls for a delay in the law’s individual mandate, which requires most Americans to enroll in health insurance by March 31 of this year or pay a penalty. The White House rejects any such delay as a move that would undermine the law.

Obama said the latest change brings the employer mandate into line with the existing approach for individual consumers, including lower income people who qualify for a tax credit and other subsidies to help pay for insurance.

That’s consistent with what we’ve done with the individual mandate, the president told reporters.

Even with the tax credits, in some cases they still can’t afford it, and we have hardship exemptions, phase-ins, to make sure that nobody is unnecessarily burdened, Obama said.

That’s going to be our attitude about the law generally: how do we make it work for the American people and for their employers in an optimal sort of way, he added.

Obama and his fellow Democrats are locked in an escalating debate with Republicans at the start of a congressional midterm election campaign that will determine which party controls Congress.

If the goal is smoothing out the hardships created by this law, the least he should do is support fairness for all Americans with a delay of the individual mandate, Upton said in a statement on Tuesday.

Republicans hope to use Obamacare’s lack of popularity with voters to erode support for Democratic candidates, especially vulnerable incumbent senators whose seats could help the Republican Party take the Senate in November.

The rocky rollout of Obama’s Patient Protection and Affordable Care Act has been a boon to Republicans. The law suffered technical glitches that temporarily paralyzed the federal website HealthCare.gov last year, and Obama faced a public outcry over millions of private health insurance policyholders who had their plans canceled because they do not comply with the law’s new quality standards.

Late last year, the White House responded to cancellations by allowing individuals to renew non-compliant plans and by offering hardship exemptions from the individual mandate to some unable to do so.

Another controversy arose last week when the nonpartisan Congressional Budget Office said the healthcare law would lead to a loss of work hours as some workers, particularly low-wage earners, restrain their work participation in order to keep federal subsidies to help pay for healthcare.

Republicans saw the report as evidence that Obamacare is bad for the economy andbusiness. Democrats including Obama have sought to cast the findings in positive terms by saying they show that some will no longer need to work extra hours to pay for healthcare.

It’s giving people more flexibility and more opportunity to do what makes sense for them, and ultimately, I think that’s going to be good for our economy, Obama said. 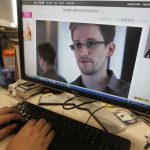 European press chief to UK: Ease up on Guardian over Snowden leaks 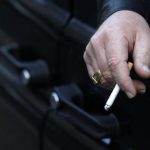 Chicago braces for first teacher strike in a generation

Elba and wife, recovering from coronavirus, to help others 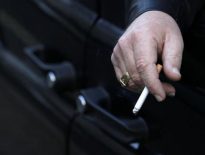 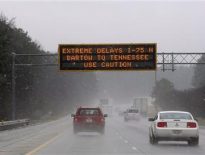