(Reuters) – President Barack Obama made the case on Wednesday for a limited military strike againstSyria in response to last week’s chemical weapons attack even as he faced new obstacles with British allies and U.S. lawmakers that could delay any imminent action.

Casting the need for intervention in Syria’s civil war on the basis of U.S. national security interests instead of humanitarian grounds, Obama presented his clearest justification to war-weary Americans for confronting Syrian President Bashar al-Assad’s government with “international consequences.”

While saying he had not yet made a decision on military action, Obama left little doubt that the choice was not whether to act but when to retaliate for last Wednesday’s gas attacks, which killed hundred of people in a rebel-held suburb of Damascus.

“We have concluded that the Syrian government in fact carried these out,” Obama told “PBS Newshour” in a televised interview, saying it was now important to send a message that “it better not do it again.”

There were growing signs, however, that the timeline for launching any military strike on Syria could be complicated not only by the U.N. weapons inspectors’ continued presence there but by the Obama administration’s efforts to coordinate with international partners and growing demands for consultation with U.S. lawmakers.

Britain – a key player in any air assault on Syria – changed its stance on Wednesday, saying the U.N. Security Council should first see findings from international weapons inspectors and the UK parliament would hold two votes before any military action is taken.

Arguing for measured intervention after long resisting deeper involvement in Syria, Obama insisted that while Assad’s government must be punished, he intended to avoid repeating Washington’s errors from the Iraq war.

“I have no interest in any open-ended conflict in Syria, but we do have to make sure that when countries break international norms on weapons like chemical weapons that could threaten us, that they are held accountable,” Obama said.

Despite opinion polls showing most Americans oppose deeper involvement in the 2-1/2-year-old Syrian conflict, Obama has been under pressure at home and abroad to enforce the “red line” against large-scale chemical weapons use he established just over a year ago.

He argued on Wednesday that a “tailored, limited” strike, not a protracted engagement like the unpopular Iraq war, could be enough to send a strong message that the use of chemical weapons cannot be tolerated. The likeliest option, U.S. officials said, would be to launch cruise missiles from U.S. ships in the Mediterranean in a campaign that would last days.

Obama cited chemical weapons dangers to U.S. Middle Eastern allies Israel, Turkey and Jordan plus U.S. bases in the region, and said America’s national interests could be at risk if Syrian chemical arms fell into the wrong hands.

Amid complaints by lawmakers that they have not been properly consulted as the president deliberates about possible military action, senior Obama administration officials plan to brief congressional leaders on Thursday on the situation in Syria, congressional aides said.

Although decisive action against Syria is strongly backed by many in the U.S. Congress, there have been growing calls on Capitol Hill for Obama to seek congressional authorization before ordering the use of force, something he is considered unlikely to do. But wrangling over the issue could complicate any attack timetable.

But as U.N. chief Ban Ki-moon sought more time for the inspectors to complete their work, Washington and its European and Middle East allies said their minds were made up and that Assad must face retribution for using banned weapons against his people.

Syria’s government, supported notably by its main arms supplier Russia, cried foul. It blamed rebel “terrorists” for releasing the toxins with the help of the United States, Britain and France, and warned it would be a “graveyard of invaders.”

Syrian officials say the West is playing into the hands of its al Qaeda enemies. The presence of Islamist militants among the rebels has deterred Western powers from arming Assad’s foes. But the West says it must now act to stop the use of poison gas.

Britain pushed the other four veto-holding members of the U.N. Security Council at a meeting in New York to authorize military action against Assad to protect Syrian civilians – a move certain to be blocked by Russia and, probably, China. The meeting ended without a decision.

The United States and its allies say a U.N. veto will not stop them. Western diplomats called the proposed resolution a maneuver to isolate Moscow and rally a coalition behind air strikes. Arab states, NATO and Turkey also condemned Assad.

But British Prime Minister David Cameron was forced on Wednesday to push back his timetable after coming under fierce domestic and international pressure.

Just a day after recalling Britain’s parliament to vote on how to respond to Syria’s suspected use of chemical weapons, Cameron was ambushed when the opposition Labour Party said it wanted greater parliamentary scrutiny and rebel lawmakers in his own ruling Conservative Party said they would oppose him.

The parliamentary battle underscored the legacy of public mistrust left behind by former Prime Minister Tony Blair’s contested decision to join the United States in going to war in Iraq in 2003.

Western armies are expected to wait until the U.N. experts withdraw. Their initial 14-day mandate expires in four days, and Ban said they needed four days to complete the work.

With only the timing of an attack apparently in doubt, oil prices soared to a six-month high, lifting U.S. energy shares and the overall U.S. market.

But some emerging markets closed lower again on Wednesday because of investor jitters over where the international escalation of Syria’s civil war might lead – however much Obama and his allies may hope to limit it to a short punitive mission.

Neighboring Turkey, a NATO member, put its forces on alert. Israel mobilized some army reservists and bolstered its defenses against missile strikes from either Syria or Lebanon.

Syria’s envoy to the United Nations said he had asked Ban to have the team investigate three new attacks by rebel groups.

China’s foreign minister, Wang Yi, urged restraint over growing tensions over Syria and called for a political resolution, saying any military intervention in the crisis would only worsen turmoil in the Middle East.

Obama is waiting for a U.S. intelligence report, although its findings are in little doubt. U.S. officials have already blamed Assad for the attacks on August 21. U.S. sources suggested that the intelligence cache included intercepted communications between Syrian officials but that those contained no “smoking gun” and were not likely to be declassified for public release.

U.S. House of Representatives Speaker John Boehner urged Obama on Wednesday to make the case personally to Congress and the American people for potential military action in Syria.

The prospect of a Group of 20 summit in St. Petersburg next Thursday may also weigh in calculations over timing any strikes. Russian host President Vladimir Putin has made clear his view that Western leaders are using human rights as a pretext to impose their will on other sovereign states.

“The West behaves like a monkey with a grenade in the Islamic world,” Russian Deputy Prime Minister Dmitry Rogozin tweeted on Wednesday. Western leaders in the G20 may prefer to have any strikes on Syria completed before the summit starts.

As diplomats from Russia, China, Britain, France and the United States met at the United Nations, Moscow said Britain was “premature” in seeking a Security Council resolution for “necessary measures” to protect Syrian civilians.

A senior Western diplomat said, “Of course there will be a Russian veto, but that’s part of the objective – to show that we tried everything and the Russians left us no choice.

“The Americans want to go quickly.”

Ban’s special envoy for Syria, Algerian diplomat Lakhdar Brahimi, said that “international law is clear” in requiring council authorization for any military action. But Western leaders say precedents, including NATO’s bombing of Russian ally Serbia in 1999 during the Kosovo war, allow them to protect civilians.

Syria’s civil war has killed more than 100,000 people since 2011 and driven millions from their homes, many crossing borders into Turkey, Lebanon, Jordan and Iraq.

It has heightened tensions between Assad’s sponsor Iran and Israel, which bombed Syria this year, and has fueled sectarian bloodshed in Lebanon and in Iraq, where bombs killed more than 70 people on Wednesday alone. 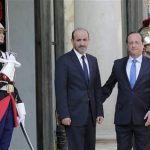 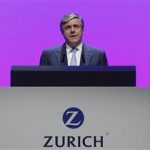 Activists say more than 200 killed in gas attack near Damascus 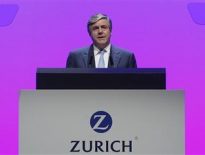 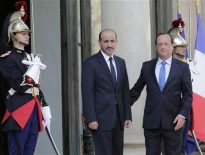