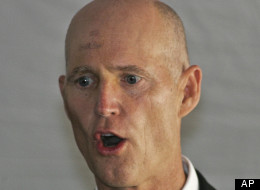 On January 25, the members of the Satanic Temple will gather on the steps of Scott’s office in Tallahassee as a show of solidarity with the Governor, whom they believe “has shown unwavering fortitude and progressive resolve in his defense of religious liberty,” according to a press release.

Specifically, they’re referring to Scott’s recent approval of Senate Bill 98 that permits school districts to allow students to read inspirational messages of their choosing at assemblies and sporting events. It went into effect on July 12.

“The Satanic Temple embraces the free expression of religion, and Satanists are happy to show their support of Rick Scott who — particularly with SB 98 — has reaffirmed our American freedom to practice our faith openly, allowing our Satanic children the freedom to pray in school,” the release continues.

The bill dictates that school officials are not permitted to mediate, approve, or participate in these “inspirational messages,” which expand upon the two minutes of silence for quiet prayer or mediation previously observed in Florida public schools.

Although the word “prayer” was axed from early drafts of the bill, the legislation was largely seen as a way to sneak religion back into schools.

Backers of the bill, who likely didn’t have the Satanic Temple in mind, might be surprised at the group’s tenets, which include a dedication to American patriotism, the golden rule, compassion, as well as family values, according to their web site.

The groups states that while they support separation of church and state in that it protects freedom of religion, they also note that “secular authority devoid of religious guidance is an abomination, and secular authorities should not be inhibited from receiving religious guidance regarding issues of serious moral and society-wide spiritual import.”

So where does Satan come in? The temple believes he is “God’s proxy” on Earth and represents the central role of knowledge and wisdom in life.

“Satan was the force of design that urged humanity toward refined pleasures of the Arts and Sciences,” according the web site. “It was He who first brought the fruit of knowledge to Humankind that thereafter we might live not as naked brutes in the wild, but develop our cultural splendor into ever more aesthetically and technologically advanced heights.”

Their gathering in Tallahassee will be a “satanic coming out,” temple spokesperson Lucien Greaves told the Miami Helard’s Naked Politics blog. “This is not a hoax. This is for real.” More than 100 members are expected to attend the 1 p.m. rally. 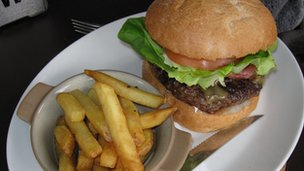 Europe Horsemeat found in beefburgers on sale in UK and I… 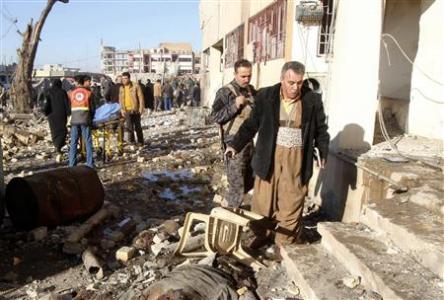