LeBron James and Carmelo Anthony are a step closer to a fourth Olympics, and Stephen Curry is in position for his first.

The NBA stars were among 30 players selected Monday as finalists for the U.S. basketball team that will attempt to win a third straight gold medal.

The final 12-player roster for Rio de Janeiro will be chosen this summer. If James and Anthony are on it they would become the first American men to play in four Olympics.

The depth of talent that exists in the national team program is extraordinary. Repeating as gold medalists at the 2016 Olympics will not be easy, but we feel confident that we have 30 finalists who offer amazing basketball abilities and special versatility, USA Basketball chairman Jerry Colangelo said in a statement.

Kobe Bryant, who is retiring after this season, took himself out of the running for a third Olympics this weekend.

James and Anthony have already joined Hall of Famer David Robinson as the only U.S. men to play in three Olympics, winning bronze in 2004 before leading the U.S. to gold in Beijing and London. Paul could join that list this summer.

James has said he would base his decision about playing on his health and his family’s wishes, and may not decide until after his NBA season ends.

I haven’t thought about it, he said at Cleveland’s shootaround before its game against Golden State on Monday.

After playing in five straight NBA Finals, another lengthy season could impact his interest in wearing the red, white and blue again.

The season has always kind of dictated it, James said.

Curry called it a huge honor to be selected.

That would be a great experience, Curry said following Golden State’s 132-98 victory at Cleveland. Obviously, there’s 30 capable, highly talented experienced guys on that list. There should some tough decisions for Mr. Colangelo and Coach K. Picking from that crop of 30 guys you’ve got some great choices there. Hopefully things work out this summer and I’ll be able to try to go for a gold medal in Brazil.

Colangelo has said the Americans could send their strongest team yet to the Olympics, and it certainly could be their most experienced one. The pool of finalists includes 18 players who have won Olympic or world championships, and seven players who have played at least 30 international games — led by Anthony’s 72.

Like James, Anthony isn’t ready yet to commit to playing again.

This summer’s a long way away for me to be thinking about that right now, he said after returning from a two-game absence due to a sprained right ankle and playing 49 minutes in the Knicks’ double-overtime victory over Philadelphia.

Ten players have suited up for the Americans in the Olympics, but Curry isn’t among them. He wasn’t chosen for the team in 2012, shortly before the NBA’s MVP broke out as one of the game’s biggest superstars.

He won gold medals in the 2010 world basketball championship and 2014 Basketball World Cup and will be a strong candidate to make the Olympic team now even in a crowded point guard field that includes Paul, Westbrook, Irving — the MVP of the World Cup in Spain two years ago — Wall and Conley.

This selection process was difficult from the start, and obviously it is only going to get more difficult as we look to get to the official, 12-man roster, U.S. coach Mike Krzyzewski said. I’m excited about the possibilities this team has. 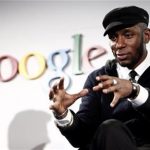 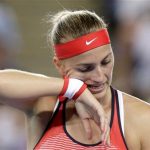 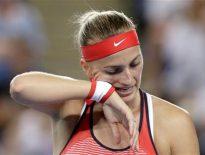 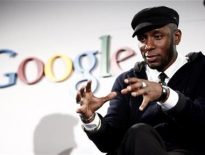