Dwyane Wade’s pregame routine has sparked a bit of an international incident, with some Canadians saying Sunday that he disrespected their national anthem.

The Miami Heat star was the subject of much scorn after video showed him taking a few extra warm-up shots as O Canada was performed before Game 3 of the Eastern Conference semifinals against the Toronto Raptors on Saturday.

Wade tends to not line up for the pregame anthem ceremony without making his last shot, usually a bank shot from the right wing — even when only The Star-Spangled Banner is to played before home games. Video showed that he did not take his spot standing with teammates until about 20 seconds into the playing of the Canadian anthem Saturday.

I’m not a disrespectful person, Wade said. So if anybody thinks I’m being disrespectful to a country, then they don’t know who Dwyane Wade is.

We spoke to the team, and the Heat will work with its players to make sure no pregame routines interfere with either anthem going forward, NBA spokesman Tim Frank said in a statement sent to The Associated Press on Sunday.

The anthem before Miami home games is usually played at the end of the warmup period. When the Raptors — Canada’s only NBA team — come to Miami for what becomes a two-anthem pregame, the songs are played about 12 minutes earlier and during the warmups.

Some videos posted online show that someone threw a ball skyward at the Raptors’ end of the court a second or two into the performing of the Canadian anthem on Saturday, though it was impossible to determine who it was.

If people aren’t here, they see video footage of what they want to see, Wade said.

Canadian politicians were quick to express their displeasure with the perceived slight.

Hey @DwyaneWade a Canadian invented the game. Respect the anthem, read a tweet from the verified account of Toronto Mayor John Tory.

Toronto Councillor Norm Kelly has sent out a few interesting tweets during the series, including one telling Heat fans after Miami’s Game 1 win that they actually lost because Donald Trump is one step closer to being your President. 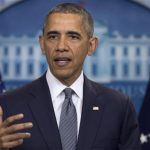 Trump as nominee less of a threat to Obama’s legacy 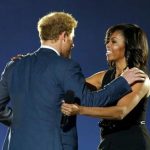 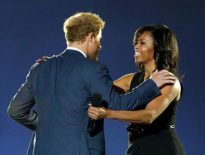 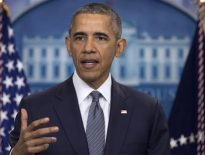 News Trump as nominee less of a threat to Obama’s…