Disinfectant riff is latest of many Trump science clashes

What President Donald Trump says and does often flies in the face of mainstream science. Coronavirus and the idea of injecting disinfectants is only the latest episode.

When a rare solar eclipse happened in 2017, astronomers and eye doctors repeatedly warned people not to stare directly at the sun without protection. Photos show Trump looked anyway. He later donned protective glasses.

For decades, scientists have called climate change a pressing issue, pointing to data, physics and chemistry. Trump regularly called it a hoax until recently. He also claims that noise from wind turbines — which he refers to as windmills — causes cancer, which is not accurate. He’s also claimed that exercise will deplete the finite amount of energy a body has, while doctors tell people that exercise is critical to good health.

When Trump wanted to defend his warning that Alabama was threatened by Hurricane Dorian last year, he displayed an official weather map that had been altered with a marker to extend the danger areas. Alabama National Weather Service meteorologists were chastised by their agency chief when they issued tweets to reassure worried residents that they were not in the path of the hurricane.

On Thursday, Trump raised the idea of injections of disinfectant to fight the coronavirus, which health officials warned would be dangerous. The president later claimed he was being sarcastic, although the transcript of his remarks suggests otherwise. Trump also suggested ultraviolet light, even internal light, could be a possible preventative measure, contrary to scientific advice.

On Friday, as the recorded U.S. death toll passed the 50,000 mark, the Food and Drug Administration issued an alert about the dangers of using a malaria drug that Trump has repeatedly promoted for coronavirus patients.

Asked what kind of grade he’d give Trump on science, M. Granger Morgan, a Carnegie Mellon University engineering and policy professor who has advised Democratic and Republican administrations, answered with a quick F.

When he starts to air things like that (injection), it’s definitely a danger to the public because some people might actually do that, said Nobel Prize-winning physicist Steven Chu, who was energy secretary in the Obama administration. This isn’t science. This is something else.

Our president certainly has high confidence in his beliefs, said Chu, chairman of the board of the American Association for the Advancement of Science, the world’s largest general scientific society. Scientists always test their beliefs all the time. That’s part of the fabric of science.

Trump seems to put science, medicine and controlled studies on equal footing with rumor and anecdotes, said Sudip Parikh, a biochemist who is chief executive officer of AAAS.

Mixing those two up when talking to the public is terrible for communication, Parikh said. It muddles and confuses the public, he said.

White House spokesman Judd Deere said any suggestion that the president does not value scientific data or the important work of scientists throughout his time in office is patently false. Deere pointed to data-driven decisions on the virus, such as limiting travel from highly infected areas, expediting vaccine development and issuing social distancing guidance to slow the spread of the virus.

Deere pointed to Trump saying on Thursday, My administration has partnered with leading technology companies and scientific journals to create a database of 52,000 scholarly articles on the virus that can be analyzed by artificial intelligence.

Presidents of both parties often put politics before science, and Trump is not unusual there, Morgan said. But this administration has regularly contradicted science and doctors.

Obamacare Is Rapidly Catching Up to Its Target Numbers
US: Suspects sought after 9 shot on Bourbon Street
Wash. governor: Temporary fix for crumpled I-5 bridge ready by mid-June
Drew Linzer: The stats man who predicted Obama's win
US 'foils new underwear bomb plot' by al-Qaeda in Yemen
Netanyahu to Obama - Tighten sanctions if Iran defies West
Reports of sexual assaults in military on rise
U.S. Air Force tests biofuel at $59 per gallon

Disinfectant riff is latest of many Trump science clashes 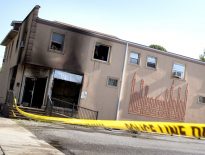 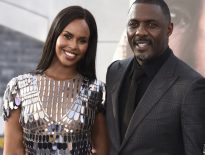