Typing on a touch-screen for long periods of time may be more likely to cause muscle issues in the upper body than using a conventional keyboard, researchers have found.

Unlike the traditional keys found on desktop PCs and notebooks, touch-screens (virtual keyboards) are activated by any physical contact with the skin.

Therefore, users are unable to rest their fingers on the keyboard and must keep their fingers and wrists hovering over the screen to avoid accidentally hitting the keys.

This can lead to ‘prolonged static muscle loading’ – when muscles are kept tense and motionless – in the shoulders, the researchers at Northern Illinois University said.

It comes as researchers last week warned of a modern affliction known as ‘text neck’.

A study by surgeons found that holding the head at 60 degrees – typical of our posture when texting on a phone – exerts four stone of pressure on the top part of the spine.

According to Ofcom, 44 per cent of UK households now have a tablet – up from less just 24 per cent a year ago.

More than a third of children (34 per cent) aged between five and 15 have their own tablet, the communications watchdog said.

And nearly three in 10 (28 per cent) of over-55s also own a tablet, with many using it as their main computing device. In contrast, desktop PC ownership has dropped, with just 35 per cent of households now having one, down from 44 per cent in 2012.

For the study, which was published in the scientific journal Applied Ergonomics, researchers studied a mixed-sex group of 19 experienced touch typists with no history of musculoskeletal disorders of the upper body.

All participants were current virtual keyboard users with either smartphones or tablets, and had been using computers for an average of 14 years.

Each was asked to type passages from Grimm’s Fairy Tales for five minutes on touch-screen, desktop and notebook keyboards, twice.

Electrodes recorded the muscle activity in the participants’ forearms and shoulders.

The researchers found that, although muscle activity in the forearms was lowest when the participants were typing on a virtual keyboard, it was higher in the trapezius muscles between the neck and shoulders.

‘Although the differences were relatively small, these small exposure differences could be important when they accumulate over time.’

Additionally, self-reported discomfort was higher with the touch-screen keyboards, and typing speeds and accuracy were reduced by 60 per cent and 11 per cent, respectively.

Physiotherapist Tim Allardyce, who has a practice in Surrey, said that over a period of days or months, the upper trapezius muscle can become shortened and fatigued, leading to neck and shoulder aching, and eventually neck pain.

‘Due to the attachments of the trapezius into the top of the neck it is also becoming more common for regular tablet and iPad users to experience cervicogenic (neck origin) headaches,’ he said.

‘Now compare using a conventional keyboard – your forearms and elbows are resting on a desk, and your arms are not having to be self-supported for long hours.

‘This requires significantly less muscle activation from the upper trapezius muscle, leading to less shortening and fatigue of the muscle fibres, and hence less neck pain.’

He recommends limiting usage of tablets to one hour a day, and plugging in a conventional keyboard if possible, to reduce fatigue in the arms and shoulders.

‘If you are going to use a tablet for longer periods of time, try to use it on a desk rather than your lap while you sit on a sofa,’ he added. ‘It helps to reduce that forward neck bending which causes so many neck problems.’ 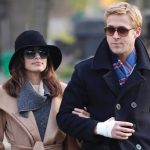 ‘Motherhood is cake’, jokes Eva Mendes about raising a child with Ryan Gosling 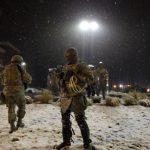 A pain in the neck: Study finds those who type on tablet computers face muscle problems and shoulder strain 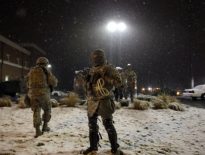 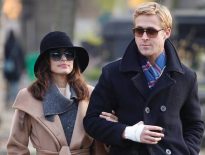