SEATTLE (AP) — Amazon is refreshing its line-up of tablet computers with new devices called Kindle Fire HDX, which are significantly faster and lighter than the previous generation.

The 7-inch and 8.9-inch versions also have sharper, more colorful displays than older models, and both have more pixels per inch than the latest iPad.

To help those who are unfamiliar with tablets, the new Kindles come with a feature called “Mayday”, which allows users to summon a live customer service representative in a tiny video window. The helpers can explain new features or troubleshoot problems while guiding users with on-screen hand scribbles. They can even take control of the device from afar.

“You shouldn’t have to be afraid of your device,” Bezos said.

While the new Kindles are upgraded in several ways, Amazon also cut the price on what will be its entry-level 7-inch tablet, the Kindle Fire HD with 8 gigabytes of memory, to $139 from a $199 version that had 16 GB of memory. That makes the tablet just $20 more than Amazon’s latest dedicated e-reader, the Kindle Paperwhite. The Kindle Fire HD is sheathed in a new magnesium alloy body like the HDX models, but has the same screen resolution and processing power of the older model.

Stephen Baker, a consumer technology analyst with research firm NPD Group, said the price cut to the Kindle Fire HD will do more to help Amazon compete in the tablet market than the added features on the newer models.

“That’s where that model needs to be priced,” Baker said, explaining that there are numerous manufacturers with tablets with screens that measure 7 inches diagonally -all priced around $150. “A big focus in that 7-inch category is just price.”

In the May-July period, Kindles accounted for 17 percent of all tablets sold in the U.S., compared to 48 percent for Apple’s iPad and 8 percent for Samsung’s Galaxy line, according to NPD.

Globally, Amazon’s shipments in the April-June quarter were down 59 percent from a year earlier at 470,000, NPD said. That compared to 14.6 million for Apple’s iPad, down 17 percent from a year ago, and 10.8 million for Samsung’s Galaxy line, up 539 percent. Amazon sells most of its Kindles around the Christmas holidays, Baker said.

Beyond the improved specifications, Amazon also unveiled more features that incorporate data from its IMDb movie database subsidiary. With the newer tablets, users who turn on the “X-ray” feature can see a small window that lists the name of a song that is playing in some TV shows and movies. One tap brings up the option to buy the song. Users can also look for all music in a show and zip to the exact spot where a particular song is playing.

People who have set up Amazon’s video player as an app on their Internet-connected TVs or through game consoles can also follow along in real-time on their tablets, getting information on actors and trivia related to the shows on the big screen.

Music lovers can see song lyrics when they play songs purchased from Amazon. Lyrics are highlighted as they are sung. Tapping on the lyrics will zip to the appropriate point in the song.

Bezos said these services are only possible because Amazon provides the hardware, operating system, applications, cloud infrastructure and services for the devices. The “hardest and coolest” services such as its “Mayday” service lie at the intersection of “customer delight” and “deep integration through the entire stack,” he said.

Amazon also unveiled new “origami covers” that lie flat when closed over the screen but can be folded and snapped into place as a stand that works both in horizontal and vertical position. They’ll come in seven different colors and be sold separately for between $45 and $70. 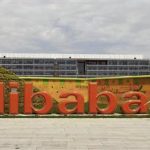 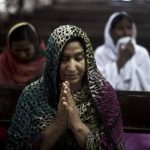 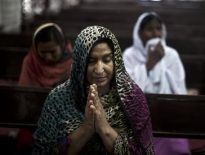 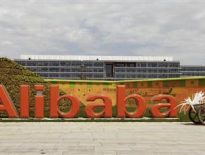