MOUNTAIN VIEW, Calif. — Apple is moving into a headquarters building that looks like a spaceship. Facebook is expanding its campus with a new building designed by Frank Gehry. Now it’s Google’s turn.

This week, Google, the search giant, is expected to propose new headquarters — a series of canopylike buildings from Heatherwick Studio, a London design firm known for works like the fiery caldron at the 2012 Olympics, and Bjarke Ingels, a Danish architect known for his innovative designs.

The project, which Google has not made public but has discussed with members of the Mountain View City Council, is likely to aggravate an increasingly testy relationship between the company and community leaders who fear the company is overrunning their small city.

When Google moved here in 1999, it had a dozen employees and a search engine known only to computer aficionados. Now, its 20,000 local employees make it the biggest employer in a city that is bursting at the seams.

Our problem is that we have too many good jobs, said Leonard M. Siegel, a 66-year-old environmental activist who was recently elected to the City Council. Everyone else wishes they were in our situation, but it’s a crisis for the people here.

The same story is playing out across Silicon Valley. In Menlo Park, home of Facebook, the November election featured a measure — ultimately rejected by voters — that would have cut downtown office growth in half. Citizen groups in nearby Palo Alto have rebranded their City Council’s most antidevelopment members as residentialists.

Nobody wants change, said Gilbert Wong, a councilman in Cupertino, Apple’s hometown. It’s my role as an elected official to explain to our residents that either you get on board and help us figure out the balance between jobs and housing, or other people are going to make that decision for us.

Google owns or leases about 7.3 million square feet of office space in Mountain View — close to three Empire State Buildings. That includes most of the property around its headquarters on the north side of the city near Highway 101, which cuts the length of the valley, according to Transwestern, a commercial real estate brokerage.

That success has brought Mountain View loads of tax dollars and a 3.3 percent unemployment rate, as well as skyrocketing home prices and intolerable gridlock. Good and bad, tech is responsible for most of it: Technology companies account for 27 percent of the jobs in the Silicon Valley region, compared with 7 percent in California and about 5 percent nationally, according to Moody’s Analytics.

The result is an existential argument that pits residents who want to halt the city’s growth against people who think Mountain View needs to grow up and become a real city.

Katherine Suri, a retired NASA scientist, moved to the city in 1974 and lives on a quarter-acre lot whose original views included a nursery and apricot orchards. She spent a good deal of the ’80s chauffeuring her children around town in an Oldsmobile station wagon.

Now her view is of other houses, and the traffic is so bad that Ms. Suri makes sure to schedule her doctors’ appointments around 11 a.m. When she walks to the Y.M.C.A. each morning, she sometimes has to weave between cars stuck in gridlock. 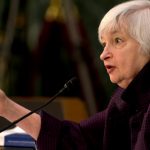 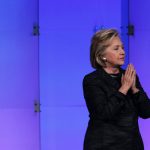 Messi and Barca put on five-star show in Levante mauling

Google Plans “New Headquarters”, and a City Fears Being Overrun 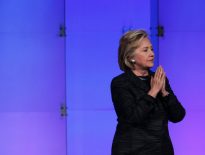 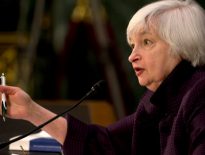