Each time you hunt for the most appropriate communication solution for your business, all you end up with is a complex mosaic of typical names of some communication technologies. It’s not a surprise that you can get confused by some big names like PSTN, IP-PBX, PRI, SIP, VoIP, ISDN. This matter is again made worse by using some terms interchangeably, even when the terms are not technically related. For example, SIP and VoIP are often confused with each other as both of them connect calls over the internet; but both of them are poles apart from each other. So, let’s take a look at the differences between SIP and VoIP.

VoIP is an acronym of Voice over Internet Protocol. It’s a technology that straightaway opposes the traditional mode of telephony, also known as the PSTN or Public Switched Telephone Network. Through VoIP, all the calls are made via the internet. There are a number of technical terms that are often used interchangeably with VoIP such as Broadband Telephony, Internet Telephony, Voice over Broadband, IP Telephony, Broadband Phone Services and IP Communications. This interchange happens due to the fact that the Internet is utilized for the digital transmission of voice signals from source to destination.

VoIP is a broad terminology which comprises of a whole lot of Protocol technologies which embraces few ones like the Skype Protocol and Open Standards of which SIP is a part. VoIP is used simultaneously with various applications like Google Talk and Skype; all that is required for VoIP is a Hosted VoIP service or an IP enabled PBX hardware.

The Significance of Protocol

A Protocol is a standard system of rules, regulations and requirement which helps in establishing connections between two electronic hardware in order to facilitate information exchange. In order to connect one device with another, developers must utilize clear formats for exchanging information. A Protocol illustrates the semantics, syntax and organization of communication. If a Protocol has to prove its worth, it has to be accepted and utilized by the developers of hardware being used at the source and destination site. This is why; Protocol is evolving as per the industry standards, thus facilitating the vendors to establish endpoints which can communicate with each other.

SIP or Session Initiation Protocol is one of the extensions of VoIP. It is a communication protocol which is being used extensively these days for organizing various multimedia communication sessions like video and voice calling, conferencing, and more. SIP has been developed under the patronage of IETF i.e., Internet Engineering Task Force. It is a technology which specifies the messages that are conveyed between the sender and the receiver. SIP also controls the calls by managing its initiation, termination and other processes in between. Through this technology, information is not confined only between the source and the receiver; it can be transmitted to a number of destinations. SIP has many features in its kitty which includes instant messaging, video and voice conferencing, media distribution, and more.

It is a common perception among all of us that VoIP is a Hosted technology through which the vendor hosts and runs the PBX functionality, which helps in the management of voicemails, calls and other applications and features. IP enabled phones of the customer gets connected to the internet and finally to the servers and software of the vendor. This is just a single method of deployment of VoIP.

SIP Trunking is a technology which conveys Unified Communications and telephony services to customers who are equipped with Unified Communications solution and SIP-enabled PBX. In this condition, features such as Voicemail, Call Management, Auto Attendants etc., are furnished by the PBX. The SIP Trunks are deployed to replace the traditional telephone lines or PRIs and thus to establish a connection between the PBX and PSTN. This helps the businesses to choose their IP-PBX hardware and software which suits them the best. Besides this it helps them in saving money and in overcoming inflexibility that is incurred via traditional telephony.

In a nutshell, there is no such thing as differences between VoIP and SIP. SIP is only a technology which helps in achieving VoIP. Businesses which are planning to opt for VoIP must carefully consider the various ways of VoIP deployment, including SIP Trunking, and finally go for the one that suits them the best. 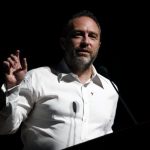 Microsoft: The insiders who could be CEO

Major Differences Between VoIP And SIP 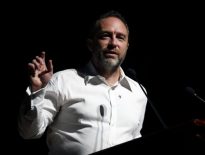