(Reuters) – The dollar hit a four-year peak against a basket of currencies in early Asian trade on Monday, bolstering Japanese shares, but other Asian shares shrugged off Friday’s Wall Street rebound in the face of political unrest in Hong Kong.

Hong Kong shares dropped 2.3 percent to three-month lows in the worst unrest since China took back control of the former British colony two decades ago.

Even the usually calm Hong Kong-dollar, which is pegged to a narrow band against the U.S. dollar, slipped 0.1 percent to 7.761 against the greenback, its lowest level since March, as the street clashes affected some banks’ operations.

We consider the peg (to the U.S. dollar) virtually unbreakable but (today’s fall in the spot price) is a warning that financial markets and the economy are vulnerable to political uncertainty, said Tim Condon, Asia economist at ING.

Offshore yuan traded at 6.1545 to the dollar, slightly weaker than Friday but off the six-week low of 6.1787 hit earlier this month.

Markets in mainland China have so far weathered the storm, however, with Shanghai shares rising 0.3 percent.

Japan’s Nikkei average rose 0.7 percent after U.S. shares bounced on Friday from sell-off the day before, with the yen’s weakness flattering the export sector.

The dollar index rose as high as 85.737, its highest since July 2010, in early trade after having posted an 11th straight week of gains last week, extending the longest winning streak since its 1971 uncoupling from gold.

The U.S. Commerce Department on Friday raised its estimate of gross domestic product growth to an annualized 4.6 percent, the fastest pace in 2-1/2 years, and accelerating from the 4.2 percent reported last month.

The data reinforced the perception that the United States is the brightest spot in the global economy, with the Federal Reserve on course to raise interest rates while other major central banks need to enact more stimulus to support growth.

Given that the Federal Reserve is on track to normalize its policy, you can’t bid up stocks and bonds too much. In a way, investors had nothing to do but to buy the dollar, said Tohru Yamamoto, chief strategist at Daiwa Securities.

The dollar traded at 109.38 yen, just shy of Friday’s six-year high of 109.54. The Australian dollar dropped to as low as $0.8702, its lowest level in almost eight months and coming within sight of its January low of $0.8660. The New Zealand dollar also dropped to a one-year low of $0.7755 after Reserve Bank of New Zealand data showed that the central bank had sold the currency on the open market last month to accelerate its fall from historic highs.

Elsewhere, copper futures price fell to three-month lows of $6,666.0 per tonne, extending their losses on worries over an expected supply surge and weak demand from top consumer China. 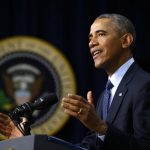 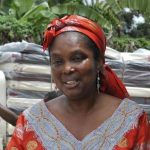 Liberia’s top doctor in quarantine after assistant dies of Ebola

Jimmy Choo IPO pricing values firm at up to $1.1 billion

Boeing’s 747 is an icon, but future is in doubt 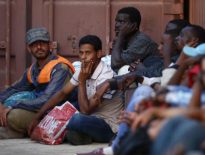 Business Record number of migrant deaths at sea, in deserts…