MONROVIA (Reuters) – Liberia’s chief medical officer, who is also a deputy health minister, has put herself in quarantine as a precaution against Ebola after one of her assistants died from the disease, the government said on Saturday.

Bernice Dahn is the latest senior West African medical official to be directly affected by an outbreak of Ebola, which has killed over 3,000 people as it spreads across most of Guinea, Liberia and Sierra Leone.

“She has placed herself under self observation due to the fact that her special assistant contracted the virus,” Isaac Jackson, Liberia’s deputy information minister, told Reuters.

Jackson said that the government praised Dahn’s decision to come forward to be monitored after potentially coming into contact with the disease.

“If everyone were to do what Dr. Dahn has done, Liberia would be free of Ebola,” he said.

The latest figures from the World Health Organisation show that the death toll from the worst outbreak of Ebola on record has killed at least 3,091 people, out of 6,574 probable, suspected and confirmed cases.

Liberia has recorded 1,830 deaths, around three times as many as Guinea or Sierra Leone, the two other most affected countries. Nigeria and Senegal have had confirmed cases of Ebola but appear to have prevented it from spreading.

Although relatively common in Central Africa, the haemorrhagic fever has taken West Africa by surprise, spreading into heavily populated areas and across borders before authorities were able to coordinate their response.

Already weak national health care systems have been over-run by the disease, which has infected 375 health care workers in the region, killing 211 of them.

Sheik Umar Khan, the doctor leading the fight against Ebola in Sierra Leone, contracted the disease himself and died in July.

Foreign governments and international organisations are dispatching funds, supplies and personnel to the region amid warnings that the disease could claims tens or hundreds of thousands of lives before it is halted. 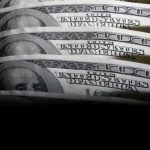 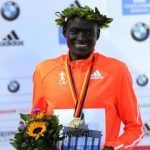 Is the Incoming Amazon Kindle Phone a Threat?

Microsoft in talks to buy stake in start-up Foursquare: Bloomberg

Start could determine finish for Bolt and Blake

Liberia’s top doctor in quarantine after assistant dies of Ebola 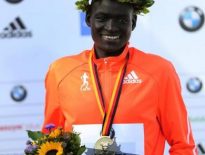 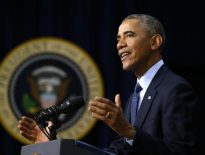