(Reuters) – In the fall of 2009, the board of GMAC, one of the largest U.S. auto and home-loan companies, gathered in New York to discuss whether to put its troubled mortgage unit into bankruptcy. 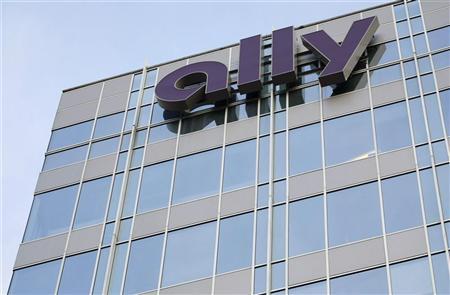 An Ally Financial sign is seen on a building in Charlotte, North Carolina May 1, 2012. REUTERS/Chris Keane

GMAC, now called Ally Financial, was just about to receive the last of $17 billion in taxpayer bailouts. The board, including directors named by the government, discussed whether to use bankruptcy to get rid of toxic mortgage assets that were pulling down the rest of the company, according to people who attended the meeting.

Alvaro de Molina, GMAC’s CEO at the time, disagreed. The move, he said, would lead to years of fights with creditors and tough treatment from regulators that would hurt the company. De Molina prevailed, but the board lost confidence in the CEO and replaced him soon after with Michael Carpenter, an Ally director and former Citigroup Inc executive, these sources said.

Today, Residential Capital (ResCap) – Ally’s mortgage servicing and lending unit that turned from being a profit engine to a lemon – is again on the verge of being put into bankruptcy, possibly within a week, according to sources with direct knowledge of the situation.

At the same time, Ally may find that General Motors Co and Chrysler, two key sources of customers, are increasingly reluctant to steer business to it. Many GM and Chrysler dealers depend on Ally to finance their inventories, and refer customers looking for car loans to Ally. If Ally gets fewer referrals in the future, and dealers find other sources of inventory financing, the value of the government’s 74 percent Ally stake could fall.

Ally still owes the Treasury Department about $12 billion, and people close to the company and the government acknowledge there is no clarity as to how to pay that back.

The company says it remains committed to protecting its auto lending and direct banking franchises. Putting its mortgage problems behind it, Ally spokeswoman Gina Proia said, “will be key to repaying the U.S. taxpayer its remaining investment.”

Where did Ally go wrong? Interviews with more than a dozen people directly involved in the company’s restructuring at various points over the last three years reveal how missed opportunities, competing interests, lax oversight from the government and bad luck have stymied Ally, shining new light into one of the least scrutinized bailouts of the financial crisis.

Time is running out for the company and its government overseers to find a solution.

The Obama administration is under pressure to show recoveries from crisis-era bailouts before the presidential election in November. Ally could become a potent weapon for Republican presidential candidate Mitt Romney, who has criticized Obama’s $81 billion auto bailout as “crony capitalism” that rewarded labor unions and other political allies of the president.

People familiar with the Treasury’s thinking say officials are getting frustrated with the lack of progress at Ally. They are loath to let Ally become a black mark on the auto industry bailout that while largely successful, still threatens to cost the government billions of dollars.

Ally’s health remains crucial to the auto industry. GM depends heavily on the lender, which like the carmaker is based in Detroit even if many of its senior executives live in New York. Nearly 75 percent of the credit that GM dealers in the United States use to finance their inventories, known as “floorplan financing,” is from Ally.

Ally has shrunk ResCap’s balance sheet by tens of billions of dollars over the last few years and written down the value of bad loans it made to people with shaky credit before the financial crisis.

But now ResCap faces litigation from private investors as well as the regulator of Fannie Mae and Freddie Mac over underwriting standards it used in making those loans, bringing a whole new set of liabilities that again threaten to take Ally down with it unless it is somehow separated. ResCap is seriously considering filing for bankruptcy by May 14 when it must repay a portion of its debt, and it is seeking to sell some assets, sources said.

Ally officials are confident that unlike in 2009, this time the company will have no trouble fending off claims from ResCap creditors. The mortgage unit has a separate board with independent directors and used independent advisers on transactions with its parent, a person close to the company said. A filing would be closely watched by Bank of America Corp, which has been dealing with huge losses due to its own mortgage imbroglio: Countrywide Financial. Bank of America declined to comment.

Sources involved in the restructuring said the decision to file for bankruptcy ultimately lies with ResCap’s board, and a final decision has not yet been made on the filing, which could still be delayed.

After the possible filing, a source close to Ally said, the company believes it will have a range of options to return taxpayer money. These include taking Ally public, bringing in private equity firms to buy out the Treasury’s stake, proving to the Federal Reserve that Ally has excess capital so it can pay Treasury a dividend, refinancing Treasury’s mandatorily convertible preferred stock in the public markets, and selling nonstrategic assets.

But the Treasury is skeptical an IPO would be possible anytime soon and has proposed the company sell itself, either as a whole or in pieces, to quickly repay taxpayers, sources familiar with the government’s thinking said.

So far, the sources said, the parties involved have been unable to agree on which course to take.

Several sources familiar with the restructuring said Ally missed opportunities to restructure over the last few years in part because of a lack of pressure from the Treasury in the early days of the bailout. Even now, after Ally has become a big focus and Treasury officials are deeply involved, the government has filled only four of the six board seats it is entitled to as a condition of the bailout.

A senior Treasury official said the government has nominated directors and let the board and management run the company – as has been the government’s approach to all other bailouts – instead of trying to make decisions for them. But behind the scenes, sources said, the pressure on Ally to show results is rising.

Restructuring Ally will not be easy since the key players have vastly different priorities.

The Treasury wants its money back as quickly as possible. But senior company executives, including Carpenter, have a large chunk of their compensation tied up in the company’s stock. That gives management an incentive to see the lender survive and grow, even though a portion of that stock pays off only if the company pays back Treasury, people involved in the process said.

Banking regulators, for their part, want to ensure that Ally Bank, an Internet bank with $39.2 billion in deposits, is safe. GM and Chrysler want to make sure financing is available for their dealers and car buyers. ResCap bondholders want to get back as much money as they can. And private equity firm Cerberus Capital Management LP – which bought a controlling stake of GMAC in 2006, but saw its share winnowed down after government bailouts – would like to recover as much of its investment as possible.

This means any decision will leave some powerful group unhappy.

Earlier this year, for example, the Treasury wanted Harry Wilson, who was part of the White House’s auto task force leading the sweeping 2009 restructuring of GM, to become a chief restructuring officer at Ally. But sources close to the Treasury said officials felt Ally’s management was not in favor. Instead, the company asked Lenard Tessler, a senior Cerberus executive and observer on Ally’s board, to advise Carpenter in thinking through different alternatives. Cerberus’ co-founder Stephen Feinberg is also an Ally director.

The role came despite a Cerberus agreement with the Fed that imposes limitations on how much influence the private equity firm can have on Ally. But people close to the company said Cerberus is not in violation of that passivity agreement and treads carefully. Late last year, for example, Cerberus withdrew from the auction for ResCap after the Fed rejected the idea, they said.

GM and Chrysler are turning the screws on Ally as well.

GM, which once owned Ally, tried to buy back the company’s auto finance business in 2010, but the two firms could not reach a deal, sources said. So GM bought Americredit, a subprime lender, for $3.5 billion and started building up its own financing arm. Recently, it has also started offering floorplan financing.

At the same time, at the end of 2013 Ally faces the expiration of a key lending agreement with GM. The automaker currently subsidizes car loans made by Ally to offer cheaper financing to consumers to help sell cars, known in the industry as “subvented lending.”

Meanwhile, Chrysler has given notice that it will not automatically renew a preferred lending agreement that will now expire in April next year. The automaker said it is in talks with a number of banks, including Ally, for better financing options.

“We are currently pursuing various ways to optimize the financial products and services available to meet the needs of our dealers and customers in the U.S. and Canada,” Chrysler spokesman Ralph Kisiel said.

Ally executives dismiss concerns about the company’s relationship with major Detroit carmakers. They have said the Chrysler move was expected and doesn’t preclude the two companies from doing business together in the future. The lender can also still do business directly with Chrysler dealers.

Carpenter has reduced the company’s dependence on GM and Chrysler. When Ally was the financing arm of GM, a huge portion of its business depended on subvented loans. These loans totaled 18 percent of Ally’s U.S. consumer business in the first quarter, down from nearly three-quarters in the same period three years ago.

During the financial crisis, Ally was one of the few lenders willing to provide financing to GM and Chrysler dealers, which it believes has given it strong relationships with car sellers, a source close to the company said.

But some auto dealers say those loyalties only go so far. They are happy to see more competition among lenders now, with more banks and GM stepping up for floorplan financing.

“Now that we’ve moved into a more normal marketplace and credit is flowing a little more freely, there definitely is a lot of competition for the dealers’ wholesale business,” said John McEleney, a GM dealer based in Iowa, referring to floorplan financing.

Meanwhile, the clock is ticking on ResCap.

Ally is negotiating with Fortress Investment Group to sell loans and the right to collect loan payments as well as with bondholders for a settlement on claims, sources familiar with the situation said. Barclays Plc has also agreed to arrange a roughly $1.5 billion debtor-in-possession loan for operations in bankruptcy, sources said.

But Ally is not likely to be in the clear even if ResCap files for bankruptcy. The company estimates that it would incur between $400 million and $1.25 billion of losses at the time of a bankruptcy.

The process could also drag out over a long period of time. Ally and ResCap are facing a series of mortgage-related lawsuits from bondholders and insurers that could linger. There are also complex transactions between Ally and ResCap, which could spur fights with creditors.

As a result, more than three years after it was bailed out, Ally finds itself back at the same crossroads all over again. 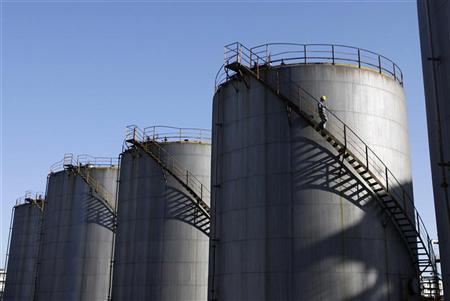 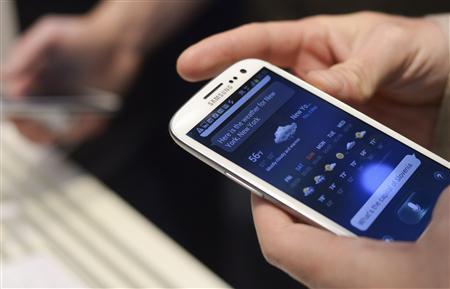