(Reuters) – The board of News Corp approved in principle splitting the $60 billion media conglomerate into separate publishing and entertainment businesses, a person familiar with the situation said on Thursday.

News Corp’s board, overseen by 81-year-old chairman Rupert Murdoch, met on Wednesday and an announcement was expected later on Thursday on the decision to create two publicly traded companies, the source said, confirming a report in the Wall Street Journal.

Ever unpredictable, Murdoch, after years of resisting calls by some large shareholders to spin out or sell off the company’s slow-growth – and in some cases, loss-making – newspapers, decided to propose the move rather suddenly.

Details on the management structure are still to be resolved and formal approval by the board is still needed. The process is expected to take about a year, said the source, who did not want to be named as the decision had still to be made public.

Pressure on News Corp to get rid of the newspaper business was ramped up after a phone hacking scandal tainted its British titles and forced the company to drop its proposed acquisition of pay-TV group BSkyB.

“As recently as a month ago he (Murdoch) was still saying no way would he do this,” said one News Corp insider with knowledge of the internal conversations.

The Wall Street Journal, owned by News Corp, earlier said one company will hold the entertainment businesses like 20th Century Fox, Fox broadcast network and Fox News Channel, while the other will hold the publishing assets, which include The Times, The Australian, and HarperCollins book publishing.

In a brief statement on Tuesday, News Corp said only that it was “considering” splitting the company. According to people familiar with the matter, News Corp has already enlisted investment banks JP Morgan, Goldman Sachs and Centerview to advise on a process.

Wednesday’s board meeting lasted about an hour and a half and many details, such as who will run the publishing business, have yet to be resolved, the Wall Street Journal said.

News Corp spokesmen in New York and Sydney were not immediately available to comment on whether the split had been approved.

The board, long criticized for being dominated by the Murdochs or beholden to them, had been expected to approve the split. It was not immediately clear if it will be put to a shareholder vote. If it is, Murdoch controls just under 40 percent of the vote and would likely have no problem getting the extra 10 percent needed.

The process of separating the company’s broadcast, cable and film assets from its publishing and education operations stands to be complicated by issues such as regulatory and tax implications and could take up to a year to complete.

The film and television businesses generated revenues of $23.5 billion in the year to June 2011, dwarfing the publishing unit’s $8.8 billion. Publishing, including integrated marketing services, accounts for around 7 percent of News Corp’s enterprise value, according to analysts at Barclays Capital. It estimates that publishing represents 24 percent of revenues and around 11 percent of operating income.

Analysts estimate an independent publishing division would generate about $1.3 billion in EBITDA at a multiple valuation of 6 times, or $3.25 per share. They expect a standalone entertainment unit to be valued at $52 billion, or $23 per share, based on an 8 times cash flow multiple.

The most speculation revolves around how Murdoch handles the reassigning of his top executives, including his three adult children associated with the company.

With a split between the struggling publishing business and its much larger, faster-growing entertainment business, the majority of the big names are anticipated to jockey for key roles on the entertainment side.

Chase Carey, News Corp’s current No. 2, is widely seen as the likely CEO designate for the entertainment business. Liz Murdoch and James Murdoch are expected to report to him. That could raise questions about the current heads of the Fox TV business, Peter Rice and Kevin Reilly.

Less clear is who would run the publishing business. One obvious candidate is Joel Klein, the former New York City chancellor for education, who joined News Corp last year to run its new education business, which so far consists only of Wireless Generation, a digital company for schools. Murdoch’s eldest son, Lachlan, a former New York Post publisher and currently a director, is another prospect.

Canaccord Genuity Inc analyst Thomas Eagan believes News Corp stock has room to rise even with an 11 percent gain since news of the split plans broke on Tuesday. “News Corp is still trading below its peers at 6.5 times EBITDA, even after you take out the publishing business and the expected litigation costs,” he said.

News Corp’s Australian-listed shares jumped more than 3.5 percent to a 4-year high of A$22.29 on Thursday. 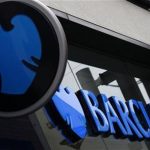 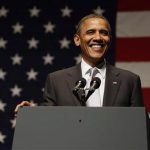 How the Fed could ruin your summer holiday

How to Reach Financial Independence 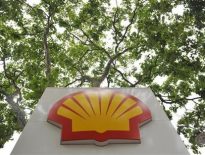 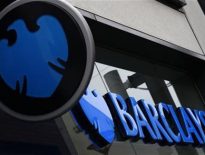