(Reuters) – The net worth of the richest Americans grew by 13 percent in the past year to $1.7 trillion, Forbes magazine said on Wednesday, and a familiar cast populated the top of the annual list, including Bill Gates, Warren Buffett, Larry Ellison and the Koch brothers.

The average net worth of the 400 wealthiest Americans rose to a record $4.2 billion, up more than 10 percent from a year ago, while the lowest net worth came in at $1.1 billion versus $1.05 billion last year, the magazine said. Seven in ten of the list’s members made their fortunes from scratch.

It was a bad year, however, for social media moguls, whose net worth fell by a combined $11 billion. On the heels of Facebook Inc’s rocky IPO in May, the No. 1 social network’s chief executive, Mark Zuckerberg, was the year’s biggest dollar loser: his net worth fell by nearly half to $9.4 billion from $17.5 billion. He also slid to the No. 36 slot from No. 14 a year ago, Forbes said.

Dismal performances by other social media stocks dropped some executives from the list altogether, including Groupon Inc Chairman Eric Lefkofsky, No. 293 on last year’s list, and Zynga Inc Chairman and CEO Mark Pincus, No. 212 on the 2011 list.

“The gap between the very rich and merely rich increased and helped drive up the average net worth of The Forbes 400 members to an all-time record $4.2 billion,” said Forbes Senior Wealth Editor Luisa Kroll.

Collectively, this group’s net worth is the equivalent of one-eighth of the entire U.S. economy, which stood at $13.56 trillion in real terms according to the latest government data. But the 13 percent growth in the wealth of the richest Americans far outpaced that of the economy overall, helping widen the chasm between rich and poor.

Forbes attributed the growth in net worth in part to the performance of the stock market and a recovering real estate market.

But while their wealth grew faster than the economy as a whole, which expanded at an anemic 1.7 percent annual rate in the second quarter of 2012, the super rich generally failed to keep pace with the stock market. The benchmark Standard & Poor’s 500 index rose nearly 20 percent over the 12 months ended August 24, the last date of market performance measured for this year’s list.

FAMILIAR NAMES AT THE TOP

Gates, the chairman of Microsoft Corp., topped the list for the 19th year in a row, with $66 billion, up $7 billion from a year earlier.

Buffett, chairman and chief executive of insurance conglomerate Berkshire Hathaway Inc, stood second with $46 billion, followed by Ellison, head of software maker Oracle Corp, with $41 billion. Brothers Charles and David Koch, who run the energy and chemicals conglomerate Koch Industries Inc and who are active in conservative politics, were tied for fourth with $31 billion, Forbes said.

The ranks of the top five were unchanged from a year earlier.

Two notable names dropped from the top 10, however. Casino magnate Sheldon Adelson, also active in conservative political causes, fell to the 12 spot from No. 8 last year, and financier and liberal philanthropist George Soros dropped five spots to No. 12.

Michael Bloomberg, the billionaire founder of Bloomberg LP who is now in his third term as New York City mayor, rose to the No. 10 slot.

Newcomers to the elite club of 400 include Laurene Powell Jobs, the widow of Apple Inc cofounder Steve Jobs who is now the wealthiest woman in Silicon Valley, and Jack Dorsey, the co-founder of Twitter.

California has the largest share of Forbes 400 members, with 87, followed by New York, Texas, Florida and Illinois. Among cities, New York City topped the list, with 53. San Francisco, Dallas, Los Angeles and Houston rounded out the top-five cities.

One quarter of the Forbes 400 come from the finance and investment sector while another quarter come from either the technology, media or energy industries. 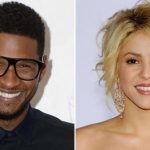 Usher and Shakira sign up as mentors for The Voice US 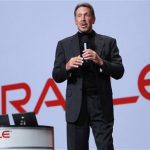 Djokovic, Serena look to get New York crowd on their side

How couples sabotage their finances 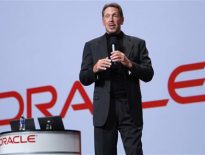 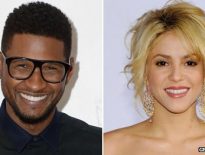 Celebrity Usher and Shakira sign up as mentors for The Voice…