(Reuters) – Toyota Motor Corp has agreed to spend $1.1 billion to settle sweeping U.S. class-action litigation over claims that millions of its vehicles accelerate unintentionally, as the Japanese automaker seeks to move past the biggest safety crisis in its history.

Shares of Toyota rose nearly 3 percent in Tokyo following the news, with some investors saying the settlement removed one uncertainty for the company and looked manageable given its improving sales outlook and a weaker yen.

The proposed settlement will compensate customers for economic losses related to possible safety defects in Toyota vehicles, covering most of the litigation involving unintended acceleration, although it does not cover claims for wrongful death or injuries.

About 16 million Toyota, Lexus and Scion vehicles sold in the United States spanning the model years 1998 to 2010 are covered by the action, according to court filings made public on Wednesday. Thirty nameplates are affected, including the top-selling Toyota Camry midsize sedan and Corolla compact car.

Toyota, the No. 3 automaker in the U.S. market, admitted no fault in proposing the settlement, one of the largest of U.S. mass class-action litigation in the automotive sector.

“However, we concluded that turning the page on this legacy legal issue through the positive steps we are taking is in the best interests of the company, our employees, our dealers and, most of all, our customers.”

The figure eclipses other settlements in the auto industry including Bridgestone Corp’s $240 million payout to Ford Motor Co in 2005 over Ford’s massive Firestone tire safety recall in 2001. Ford replaced 13 million Firestone tires, installed mostly as original equipment on the company’s popular Explorer SUV, in one of the biggest recalls in U.S. history.

Hagens Berman, the law firm representing Toyota owners who brought the lawsuit in 2010, issued a statement saying that the settlement was valued between $1.2 billion and $1.4 billion. In a memo filed in court, the lawyers said the settlement was “a landmark, if not a record, settlement in automobile defect class action litigation in the United States.”

Toyota said it would take a one-time pretax charge of $1.1 billion to cover the costs. The company said it planned to book the charge as operating expenses in its October-December third quarter.

“This is positive, as it removes the factor that was the biggest concern when it came to lawsuits … Because Toyota’s absolute numbers are very big when it comes to profits, it’s hardly going to have an impact,” said Koji Endo, an autos analyst at Advanced Research in Tokyo.

Toyota may be able to offset costs with a rise in its profits as the yen weakens, he added. Toyota’s operating profit increases by 35 billion yen for every one-yen rise in the value of the dollar. The automaker has forecast an operating profit of 1.05 trillion yen ($12.3 billion) for the financial year ending in March 2013.

Toyota’s recall of more than 10 million vehicles between 2009 and 2011 hurt the company’s reputation for reliability and safety.

The effect of the recalls on sales and loyalty remains “difficult to isolate,” IHS Automotive analyst Rebecca Lindland said.

“A lot of their growth through the early 2000s were first-time Toyota buyers,” she said. “Those are the people that were most vulnerable to saying, ‘I’ll never own a Toyota again.’ The long term effects won’t fully be realized until all of the cars that have been impacted by the recall have been retired.”

The biggest safety crisis in Toyota’s history began to get public notice in August 2009 when an off-duty California Highway Patrol officer Mark Saylor and three members of his family were killed in a Lexus ES 350 that crashed at a high speed.

A separate lawsuit over the death of the Saylor family was settled out of court. A handful of wrongful death and personal injury cases are still pending, but the vast majority of the litigation over unintended acceleration will be finished if the proposed settlement is approved, said a person with knowledge of the remaining lawsuits who wished to remain anonymous.

Within a half year of the Saylor family crash, Toyota President Akio Toyoda and other company executives were questioned in a high-profile U.S. Congressional hearing, and Toyoda made a public apology.

Toyota maintained all along that its electronic throttle control system was not at fault, and reiterated that on Wednesday. It has blamed ill-fitting floor mats and sticky gas pedals for the problem.

A study by U.S. safety regulator the National Highway Traffic Safety Administration and NASA found no link between the reports of unintended acceleration and Toyota’s electronic throttle control system.

The settlement, which must be approved by a California federal judge, includes direct payments to customers as well as the installation of a brake override system in more than 2.7 million vehicles, according to the settlement agreement filed in court.

Attorneys for the plaintiffs are slated to receive up to $200 million in fees and $27 million in costs, according to court documents.

Richard Cupp, a professor at Pepperdine University School of Law, said the settlement was large for the automotive sector but was dwarfed by other litigation involving economic loss claims. State cases against the tobacco industry, for instance, amounted to more than $200 billion.

“That could mean that lawsuits like these could become increasingly common, even where there is not provable physical injury on large scale,” Cupp said. 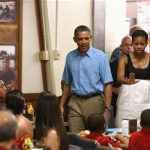 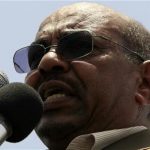 Why Am I Losing My Hair? 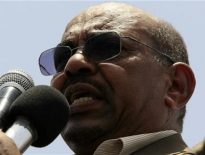 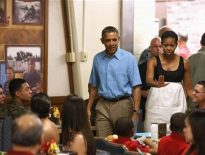