U.S. markets were closed yesterday for Christmas. Most major markets around the globe are shut today.

“We’ve had quite a run here, Eric Cinnamond, who manages the $691 million Aston/River Road Independent Value Fund, said by phone from Louisville, Kentucky. “The consensus has been that the domestic economy is improving and small-caps are more exposed to that than large-cap multinational companies. Managers are making sure they’re owning what’s working and the herd mentality is at extremes right now.

The Russell 2000 (RTY) has shown resilience this year, recovering from a correction that saw it slip 11 percent over a five-week period starting in early September. The index has surged 16 percent since reaching a one-year low on Oct. 13.

Both the S&P 500 and the Dow are at records this week after posting their biggest rally in three years. The recent gains are taking the Dow up 1.4 percent for the month and 9.1 percent this year. The gauge has advanced for seven straight days, the longest streak since March 2013. The S&P 500 has risen 1.1 percent in December and 13 percent for the year.

“Momentum has been building in the last month for small-cap names, Michael James, a Los Angeles-based managing director of equity trading at Wedbush Securities Inc., said by phone. ‘It’s merely playing catch up. Given that the Russell has lagged through this year, people are trying to find beta for performance.’’

It hasn’t been a smooth year for the Russell 2000. The gauge lost 2.8 percent over a three-day period starting July 15 after the Federal Reserve expressed concern about valuations among social-media and biotech companies.

“Valuation metrics in some sectors do appear substantially stretched — particularly those for smaller firms in the social-media and biotechnology industries, the central bank wrote in assessing the U.S. stock market.

The Fed’s concern came after small-caps and Internet shares were the biggest victims of a market retreat early in the year as investors dumped the best performers of the bull market.

Small-cap shares also fell faster than the broader market during an August selloff sparked by concern that a selloff in oil prices and slowing growth in China and Europe would hurt the U.S. economy.

The Russell 2000 will trail the benchmark index in 2015, Bank of America Corp. analysts wrote in a note to clients earlier this month. Small-cap companies remain expensive and will appreciate less than larger ones as interest rates increase, the analysts led by Jill Carey Hall said.

The slump in oil prices threatened the stock rally earlier this month, with the S&P 500 closing at a seven-week low on Dec. 16. The index recouped its losses faster than in comparable drops earlier this year as the Fed said it will be patient on the timing of interest-rate increases and the U.S. economy expanded at the fastest pace in more than a decade.

Since the bull market began in 2009, the Dow has risen 176 percent, propelled by better-than-estimated corporate results and three rounds of Fed bond buying. The S&P 500 has more than tripled during that period. Even with slumps in 2014 risking to derail a bull market in its sixth year, the Dow’s worst retreat was only about 7 percent, and the gauge recovered from each drop in two months.

The Chicago Board Options Exchange S&P 500 Volatility Index, the gauge of S&P 500 swings known as the VIX (VIX), has slumped 39 percent in the past six trading days, its biggest plunge since January 2013. The index swung between gains and losses today.

All 10 major groups in the S&P 500 advanced, with utilities and health-care companies jumping more than 0.7 percent.

Biotech shares had slumped this week as investors fear health insurers and companies that manage patient’s drug benefits will put new pressure on how much the industry can charge for breakthrough treatments. The selloff was prompted by Express Scripts Holding Co.’s announcement that it would block its U.S. patients from getting Gilead’s $1,100-a-pill hepatitis C medicine.

Newmont Mining Corp. advanced 2.6 percent as gold climbed the most in more than two weeks.

To contact the reporters on this story: Oliver Renick in New York at orenick2@bloomberg.net; Cecile Vannucci in London at cvannucci1@bloomberg.net 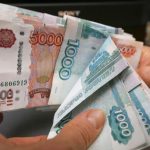 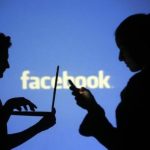 Facebook must face lawsuit over scanning of users’ messages: judge 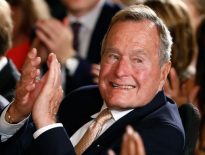 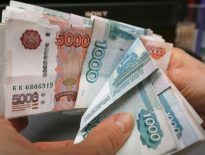