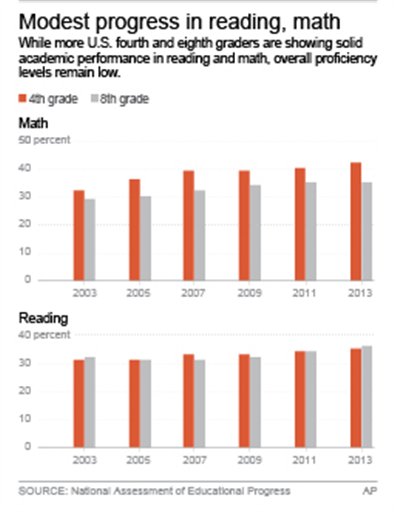 Charts show percentages of students performing at or above proficiency in math and reading; 2c x 5 inches; 96.3 mm x 127 mm;

Charts show percentages of students performing at or above proficiency in math and reading; 2c x 5 inches; 96.3 mm x 127 mm;

Yes, today’s students are doing better than those who came before them. But the improvements have come at a snail’s pace.

The 2013 Nation’s Report Card released Thursday finds that the vast majority of the students still are not demonstrating solid academic performance in either math or reading. Stubborn gaps persist between the performances of white children and their Hispanic and African-American counterparts, who scored much lower.

Still, as state and federal policies evolve in the post-No Child Left Behind era, the nation’s school kids are doing better today on the test than they did in the early 1990s, when such tracking started, with more improvement in math than in reading. Students of all races have shown improvement over the years.

The results come from the National Assessment of Educational Progress, or NAEP, which is given every two years to a sample of fourth- and eighth-graders.

This year’s results, compared to results in 2011, show average incremental gains of about one or two points on a 500-point scale in math and reading in both grades, although the one-point gain in fourth grade reading was not considered statistically significant.

“Every two years, the gains tend to be small, but over the long run, they stack up,” said Jack Buckley, commissioner of the Education Department’s National Center for Education Statistics.

Buckley said he was “heartened” by some of the results, “but there are also some areas where I’d hoped to see improvement where we didn’t.”

Today, President W. Bush’s landmark education law No Child Left Behind, which sought to close achievement gaps among racial groups and have every student doing math and reading at grade level by 2014, has essentially been dismantled.

After Congress failed to update the law before it was due for renewal in 2007, President Barack Obama allowed states to get waivers from it if they showed they have their own plans to prepare students. Most states took him up on the offer.

Meanwhile, a majority of states are rolling out Common Core State Standards with the goal of better preparing the nation’s students for college or a job. The states-led standards establish benchmarks for reading and math and replace goals that varied widely from state.

Academic scholars have long debated what effects the law and other state-led reforms have had on test scores.

This year, Tennessee and the District of Columbia, which have both launched high-profile efforts to strengthen education by improving teacher evaluations and by other measures, showed across-the-board growth on the test compared to 2011, likely stoking more debate. Only the Defense Department schools also saw gains in both grade levels and subjects.

In Hawaii, which has also seen a concentrated effort to improve teaching quality, scores also increased with the exception of fourth grade reading. In Iowa and Washington state, scores increased except in 8th-grade math.

Specifically pointing to Tennessee, Hawaii and D.C., Education Secretary Arne Duncan said on a conference call with reporters that many of the changes seen in these states were “very, very difficult and courageous” and appear to have had an impact.

Chris Minnich, executive director of the Council of Chief State School Officers, said the biggest problem revealed in the results is the large gap that exists between the performances of students of different races.

There was a 26-point gap, for example, between how white and African American 4th graders performed on the math section. In eighth grade reading, white students outperformed Hispanic students by 21 points.

Duncan said too many African-American and Hispanic children start kindergarten a year or two behind and that early childhood programs are key to leveling the playing field. Duncan and Obama have lobbied for congressional passage of a preschool-for-all program.

This test specifically looked at the performance of American children, but the results from other recent assessments and studies have shown American children and adults scoring below peers in many other countries.

The exam was given this year to about 377,000 fourth graders and 342,000 eighth graders in public and private schools. However, state-specific numbers are only from public schools.

In math, students were asked to answer questions about topics such as geometry, algebra and measurement. In reading, students were told to read passages and recall details or interpret them.

Among the other results:

—Twenty-five out of the 52 states or jurisdictions measured had a higher average score in 2013 than in 2011 in at least one subject and grade.

—Five states had a lower score than two years ago in at least one subject and grade: Massachusetts, Montana, North Dakota, Oklahoma, and South Dakota.

—Hispanic students were the only racial or ethnic group that saw improvements in math scores in both fourth and eighth grades; Asian/Pacific Islanders students had the highest percentage of students performing at or above the proficient level in both math and reading.

Kimberly Hefling can be followed at http://twitter.com/khefling 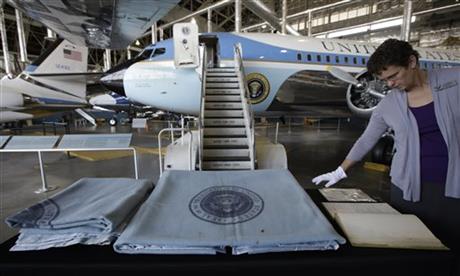 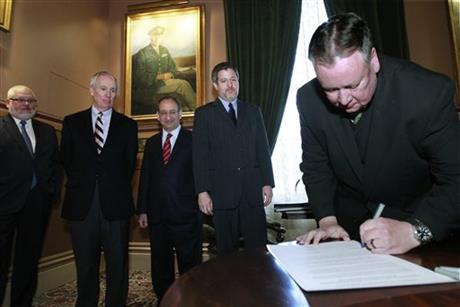