(Reuters) – Aaron Paul, who won his second Emmy last month for playing drug dealer Jesse Pinkman in the dark television drama, “Breaking Bad,” trades one addiction for another in the indie film, “Smashed.” 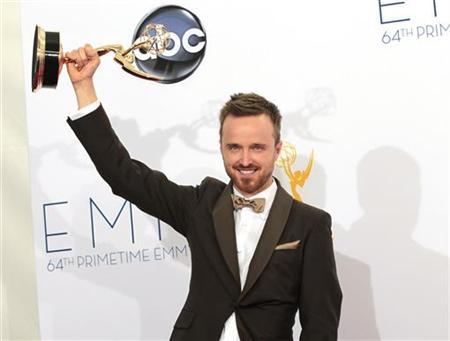 Aaron Paul raises the Emmy award for outstanding supporting actor for a drama series for his role in “Breaking Bad” at the 64th Primetime Emmy Awards in Los Angeles September 23, 2012. REUTERS/Mario Anzuoni

Opening at U.S. movie theaters on Friday, the film stars Paul and Mary Elizabeth Winstead as a married couple whose relationship is based on a mutual love of alcohol.

While it may sound like familiar territory for Paul after his role as former high-school student-turned-methamphetamine cook and murderer in “Breaking Bad,” he prepared for “Smashed” by documenting himself drinking with friends at his home.

“There’s nothing worse than seeing an actor trying to play a drunk and it’s just so obvious that it’s acting,” Paul, 33, told Reuters in an interview. “I was excited about that challenge.”

“I drank heavily and my friends filmed me,” he said. “I wanted to make myself look like I had a problem.”

The experience and footage, however, were sobering.

“It’s incredible what alcohol does to you; after each drink, you truly change quite a lot, ” he said. “I’m definitely a happy drunk. I’m very loud. But it was somewhat painful the following day.”

Paul’s preparation didn’t end there. To create a bond that an addictive, married couple might have, he and Winstead went out drinking and dancing together with the film’s director, James Ponsoldt, as designated driver. And he had Ponsoldt document the experience.

Paul said he was attracted to “Smashed” because it was “an honest story of a young married couple dealing with their own set of problems.”

The screen couple’s relationship is put to the test when the wife decides to get sober.

Since the critically acclaimed “Breaking Bad” began in 2008, Paul said he hasn’t worked much during his downtime. He has won two supporting actor Emmys for playing the gullible but foul-mouthed former student to actor Bryan Cranston’s mild chemistry teacher turned ruthless drug kingpin.

“I just haven’t found many projects that I’ve fallen in love with,” said the actor. “When you’re on a great show such as “Breaking Bad,” it’s hard to just jump onto something for the sake of working. You really want it to be special.”

After 10 years of small TV and movie parts, including “NYPD Blue” and “Mission: Impossible III,” he struggled financially and had to seek his parents’ help with rent for several months, before landing the Jessie Pinkman role in “Breaking Bad.”

The success of “Breaking Bad,” has given him financial stability and the Emmy victories have won him respect in Hollywood.

As that series goes into production in December on its last eight episodes for a fifth and final season, Paul says he, and the rest of the cast, are bracing for a tearful farewell.

“We know we only have eight more hours to complete this story – we’re all going to be a mess,” he said.

He is currently shooting the film, “A Long Way Down,” based on the Nick Hornby novel about four strangers who coincidentally meet on the same rooftop with the intent of committing suicide, and instead, end up forming a bond.

Then, there are upcoming nuptials to girlfriend, Lauren Parsekian.

“It’s really exciting,” he said. “I buy wedding magazines and I’m happy to be involved. We’re having a big themed wedding so it’s like planning a really fun party.” 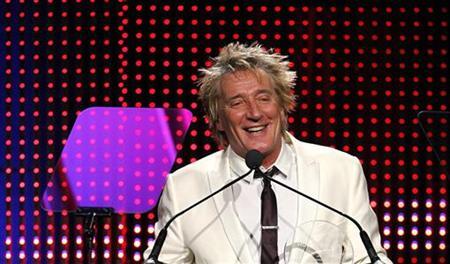 Celebrity Rod and Elton? Just call them Phyllis and Sharon 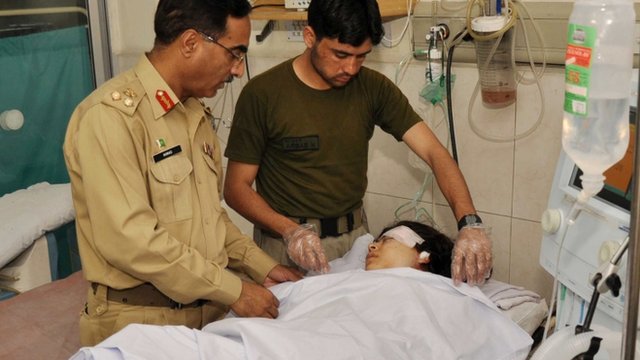