(Reuters) – The European Union’s prize for human rights and freedom of thought was awarded to two Iranians on Friday, a lawyer and a filmmaker who have both been cut off from the outside world for defying the country’s leadership. 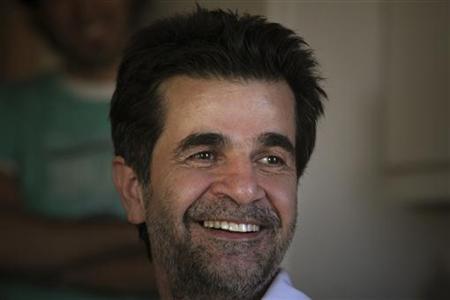 Iranian film director Jafar Panahi smiles, following his release on bail, at his home in Tehran May 25, 2010. REUTERS/Stringer

Imprisoned human rights lawyer Nasrin Sotoudeh, 49, and filmmaker Jafar Panahi, 52, were awarded the European Parliament’s Sakharov Prize for their courage in defending their own and others’ basic freedoms, the parliament said.

Named in honor of Soviet scientist and dissident Andrei Sakharov, the prize has been awarded by the European Parliament annually since 1988. The first recipients were Nelson Mandela and Russian author and dissident Anatoly Marchenko. Russian punk group Pussy Riot was also nominated this year.

“The award… is a message of solidarity and recognition to a woman and a man who have not been bowed by fear and intimidation and who have decided to put the fate of their country before their own,” said European Parliament President Martin Schulz as he announced the winners.

Marietje Schaake, a Dutch liberal member of the parliament who nominated Sotoudeh for the prize, said the recipients should draw attention to the repressive action carried out by the Iranian authorities towards human rights’ activists.

“These winners are true symbols of the long struggle the Iranian people face every day. The systematic repression, use of violence and censorship are felt by the entire population,” she said.

“This prize gives support to all those Iranians that pay a high price for their struggle for freedom, justice and dignity.”

Sotoudeh was arrested in September 2010 on suspicion of spreading propaganda and conspiring to harm state security. She is now serving a six-year jail sentence in solitary confinement.

She has defended journalists and rights activists, including Nobel laureate Shirin Ebadi and Dutch national Zahra Bahrami, who was hanged in January 2011 on drug trafficking charges.

“I know that you require water, food, housing, a family, parents, love, and visits with your mother,” Sotoudeh began in a letter written from prison to her children, who were prevented from seeing after she refused to wear a chador, a full length traditional garment.

Related:  Sharon breaks down in tears on her TV show over son Jack’s illness (you may need tissues to watch this video)
Powered by Inline Related Posts

“However, just as much, you need freedom, social security, the rule of law, and justice.”

Sotoudeh began a hunger strike on October 17, according to the International Campaign for Human Rights in Iran. She is protesting against a travel ban placed on her daughter and authorities’ limits on visits with her family, ICHRI said.

Sotoudeh’s husband, Reza Khandan, told ICHRI that she appeared “very thin and weak” during his visit on October 21, but that she refused to break the hunger strike, in which she is refusing food but not water.

The U.N. special rapporteur on human rights in Iran, Ahmed Shaheed, has urged the Iranian authorities to consider releasing Sotoudeh.

Panahi began his career working as a cinematographer for the Iranian army and became a prize-winning director, winning at the Venice Film festival for “The Circle” in 2000.

Panahi ignored state censors to make films about ordinary people coming to terms with the country’s religious and cultural codes, the citation said.

In 2006 he made “Offside”, which depicted a group of young women dressing up as men to attend a World Cup qualifying match.

The state’s censors were also under the impression that the women were men but nevertheless withheld a film license unless Panahi was prepared to re-edit his four previous films.

In December 2010, Panahi was convicted by Iran’s Islamic republic of making anti-government propaganda and was placed under house arrest.

An additional 20-year ban on filmmaking did not deter him and in 2011 he made “This Is Not a Film” about a day in his life. The film was transported out of Iran on a USB stick hidden inside a cake and has since been shown to the world.

Film critic Roger Ebert called the work “an extraordinary act of courage,” and American director Steven Spielberg and French actress Juliette Binoche have been among other film luminaries who have spoken up for Panahi.

Among other candidates for the prize this year was Belarussian opposition activist Ales Bialiatski. 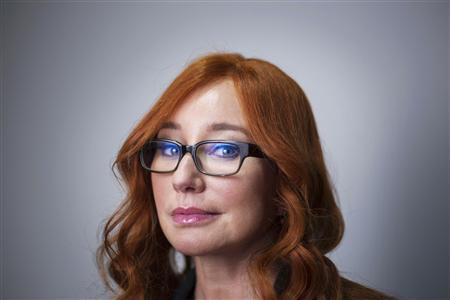 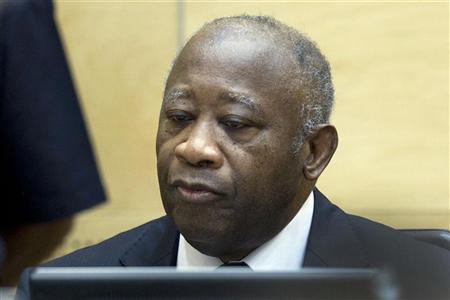