The 20-year-old actress, “Hannah Montana” alum and singer may have been inspired by Tim Burton’s iconic 1980s movie character when she wore a strapless, black and white striped jumper while visiting kids at the CHOC Children’s Hospital in Orange, California on Friday, March 22. 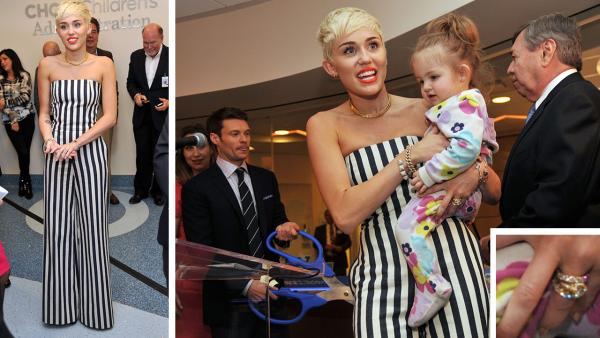 On Friday, Cyrus, as well as “Twilight” actor Taylor Lautner, posed for photos with several child patients. They were there for the launch of the Ryan Seacrest Foundation’s multimedia broadcast center Seacrest Studios, which will allow hospital patients to explore radio, television and new media, and were also interviewed at the event by Seacrest for his KIIS-FM show.

In addition to her black and white jumper, Cyrus also wore a golden necklace and her 3.5-carat Neil Lane diamond engagement ring, given by fiance Liam Hemsworth, in between two jeweled bands.

The two had for the past few weeks been the target of breakup rumors, fueled more after she was photographed several times without her ring. She recently Tweeted a picture of herself wearing it, along with a unicorn onesie on Wednesday. 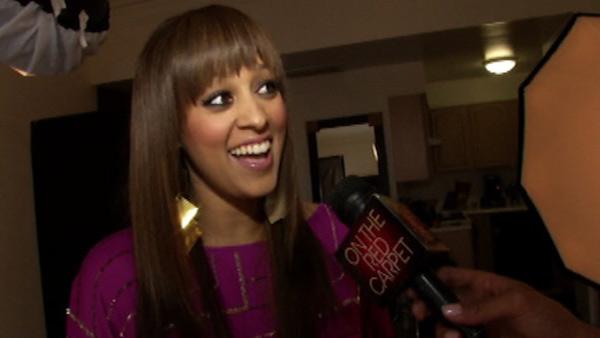 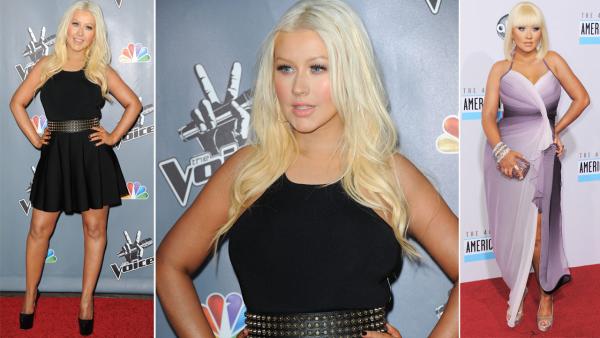