The Voice continued Feb. 6 with more blind auditions, full of heartfelt stories of survival and recovery, friendly competition, and the music of Prince.

The second night of The Voice‘s blind auditions began and it was epic. The show opened to Cee Lo Green in sequins, Christina Aguilera in a dangerous-looking hat, and a medley of Prince songs performed by all four coaches. Adam Levine, Blake Shelton, Christina and Cee Lo then settled into their chairs to battle it out for the night’s batch of superstar hopefuls.

First up was country rock duo, The Line, impressing Blake pretty early into their song and eventually the rest of the coaches, which Blake wasn’t too happy about, stirring friendly competition among them. The duo surprisingly chose Christina as their coach even though Blake clearly showed the most interest.

A recovering drug addict, the 29 year-old learned that he was HIV positive, battled homelessness, and still managed to turn his life around. He impressed the judges with his rendition of The White Stripessong, “Seven Nation Army.” Jamar, who was personally handed his invitation to the blind auditions by the show’s host Carson Daly, impressed his idol Cee Lo not only with his natural talent, but his knowledge of Cee Lo’s career.

“You got style, you got charisma, and you definitely got the voice,” praised Cee Lo before welcoming Jamar to his team. An early favorite?

Neal Middleton, a 33 year-old rocker struggling to provide for his family, who also fell off a 30-foot building and survived, belted “I Heard It Through The Grapevine.” Unfortunately, he wasn’t so lucky, since none of the coaches pressed their buttons. The one that got away, anyone?

A real-life hero who already created buzz on the internet, Staff Sergeant Angie Johnson, 30, traded her air force uniform for a mic and sang her heart out to “Heartbreaker”. Carson called her hot, Cee Lo called her hot, and Cee Lo picked her. Oh, and she has 2 million-and-counting views on YouTube for her rendition of Adele’s “Rolling in the Deep.” And she’s been on Ellen.

To close the night, LA-based pop singer Angel Taylor, 23, took the stage. Angel suffered abuse from her father until her mother took her and her siblings away when she was 12 years old. After pouring that pain into her performance of Adele’s “Someone Like You,” Angel captured the heart of the coaches and chose to be on Adam’s team.

There you have it — a night of strong voices overcoming struggle in an attempt to become The Voice. Hopefully, next week the contestant stories won’t be as sad. But then again, America loves a good sob story!

Who was your favorite act of the night? Whose story touched you the most, HollywoodLifers? 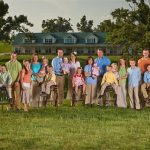 Lady Who Tried To Extort The Duggars Finally Arrested

The Facebook Phone Consensus From 7 Reviews: An Impressive First Try For $99

Business Google leads on clean energy ranking of IT compani… 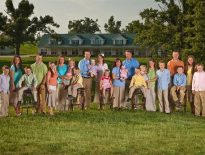 News Lady Who Tried To Extort The Duggars Finally Arres…