A woman claimed she had scandalous photos of Jim Bob and Michelle Duggar’s niece, Amy, and demanded their network pay her $10,000 or cancel their reality show, 19 Kids and Counting

It’s hard to believe anyone would try to extort a family as sweet and good as the Duggars, but that’s exactly what a woman named Teresa Hunt recently attempted. Thankfully, she was busted in an FBI sting and is now facing federal charges, reports RadarOnline.

Teresa told the network’s parent company, Discovery Communications, to give her $10,000 or cancel 19 Kids and Counting, otherwise, she was going to release “scandalous” photos of Amy Duggar, Jim Bob and Michelle‘s niece.

“An affidavit in court records said that Hunt sent a letter to Discovery Communications on January 4 stating that she had scandalous pictures of Amy Duggar with a much older musician and said they had even had sex in motel rooms,” the story says.

The letter reportedly included things like, “The (redacted) claim to be so Christian so they keep popping out babies to keep their ratings up. Meanwhile, (redacted) and (redacted) are doing the nasty behind closed doors.”

Thankfully, the FBI intercepted the situation and dealt with it accordingly, swiftly catching the lady in the act and putting her behind bars. Meanwhile, Amy was mortified by the attention and promised there was nothing going on between her and the musician.

“It’s totally untrue. He is a longtime family friend who has always been supportive of my music career. He’s a good Christian and it’s upsetting that his generosity has been exploited like this,” she said in a statement.

Can you believe this happened to the Duggars? 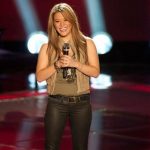 Robert Pattinson Vs. Kristen Stewart: How They’re Competing At Cannes

Mike Tyson admits ‘I was a prostitute hunter’ (See video)

40 years on from the party where hip hop was born

Lady Who Tried To Extort The Duggars Finally Arrested 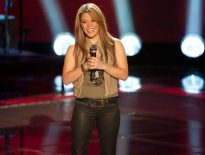