(Reuters) – Grammy organizers plan to mark the first anniversary of the sudden death of Whitney Houston with a behind-the-scenes TV show on how they scrambled to honor the singer just 24 hours after she died.

The Recording Academy said on Thursday that the hour-long special entitled “The Grammys Will Go On: A Death in the Family” will air on February 9, the day before the 2013 Grammy Awards ceremony in Los Angeles.

Houston, who sold hundreds of millions of records and scored the mega hits “I Will Always Love You” and “I Wanna Dance with Somebody,” drowned in a bathtub at a Beverly Hills hotel room on February 11 2012 – the eve of last year’s Grammy Awards show.

Houston’s unexpected death at age 48 cast a shadow over the event, which quickly changed its program to pay homage to the soaring voice that had dominated the Grammys in decades past.

Singer and actress Jennifer Hudson performed a medley of Houston’s hits at last year’s Grammys, and rapper and host LL Cool J opened the show with a prayer.

The TV special on broadcaster CBS features rehearsals and interviews with artists – including Hudson, Bruce Springsteen and Taylor Swift – and the show’s producers in the hours before and after Houston’s death. 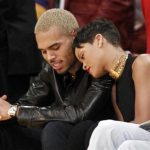 Despite previous beating, Rihanna back with Chris Brown 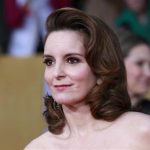 Whitney Houston anniversary to be marked with TV Grammy special 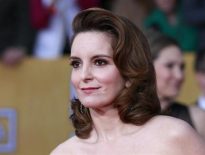 Celebrity “30 Rock” closes its doors with a sent… 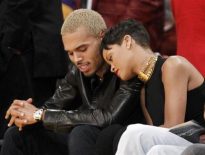 Celebrity Despite previous beating, Rihanna back with Chris …