(Reuters) – Investors expect 4 million Americans to initially enroll in the state insurance marketplaces created under President Barack Obama’s Affordable Care Act, according to a survey released on Monday, as concerns mount that technical glitches could present obstacles to enrollment. 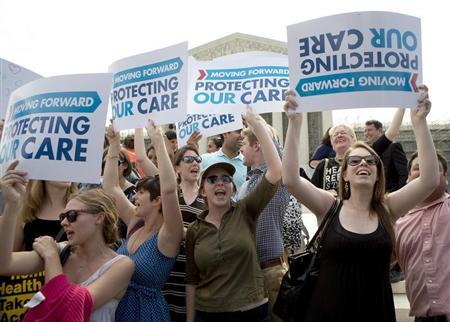 Supporters of the Affordable Healthcare Act celebrate in front of the Supreme Court after the court upheld the legality of the law in Washington June 28, 2012. REUTERS/Joshua Roberts

The expectations of the investors – hedge funds, institutional clients and other investors surveyed by Citigroup, 56 in total – fall far short of a Congressional Budget Office forecast that 7 million Americans will seek subsidized health coverage through the online exchanges. Starting on October 1, Americans have six months to enroll for coverage in 2014.

The progress of enrollment is being closely watched by Wall Street, as the coverage means new paying customers for insurers and hospitals.

“We are optimistic that final 2014 enrollment will exceed low expectations, propelling” healthcare provider stocks, such as hospitals, the analysts wrote in their report. “Accordingly, we’d be aggressive buyers if initial enrollment is disappointing this fall.”

Tim Nelson, a healthcare analyst at Nuveen Asset Management, said investors’ lower expectations likely stemmed from news reports of delays in certain aspects of the law and other suggestions that the government may not be ready. Such concerns have weighed on hospital sector shares.

“All the headlines say the implementation is slower, the software doesn’t work, the security isn’t there,” said Nelson, who was not part of the Citigroup survey. “All this tells the average investor that things will be slower to evolve than we might expect.”

“In general, corporate projections are at the low end, and investors for better or worse are taking the companies at their word,” said Funtleyder, who did not take part in the survey. “I have not heard any company with overly optimistic projections about the exchanges.”

NO DELAY SEEN FOR INDIVIDUAL MANDATE

Investors surveyed expect 500,000 to 650,000 people to sign up in October. Enrollment to receive benefits in 2014 will run through March.

“Given probable technical glitches and functionality issues, this expectation does not appear to be as conservative as the full 2014 outlook,” the Citigroup analysts said.

The implementation of the exchanges involves a mammoth information technology effort, and state and federal officials have been racing to ensure the exchanges will function properly on day one.

According to the survey, 81 percent of investors said they do not expect the administration to delay the so-called individual mandate. The provision, which requires people to pay a penalty if they do not buy insurance, is meant to ensure that healthy people also buy coverage and thereby keep overall premiums in check.

The investors believe that the period to enroll will widen. A majority – 55 percent – said they expect the administration to extend the open enrollment period beyond March. 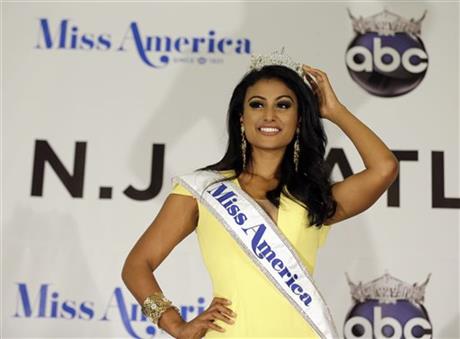 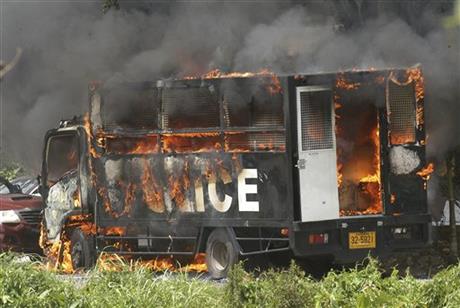