(Reuters) – Packaged foods sold in the United States would display calorie counts more prominently and include the amount of added sugar under a proposal to significantly update nutritional labels for the first time in 20 years as health officials seek to reduce obesity and combat related diseases such as diabetes. 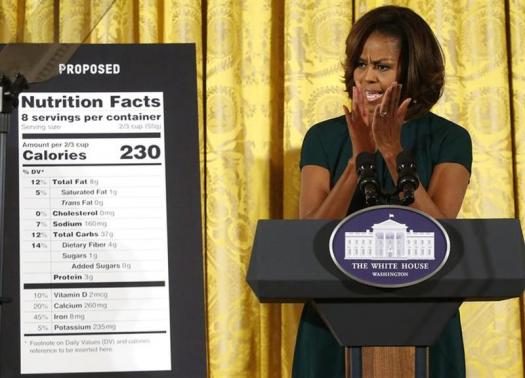 U.S. first lady Michelle Obama applauds as she unveils proposed updates to nutrition facts labels during remarks in the East Room of the White House in Washington, February 27, 2014. REUTERS/Jonathan Ernst

The Food and Drug Administration said on Thursday its proposal would also ensure that the amount of calories listed per serving reflects the portions that people typically eat. That change may result in per-serving calorie counts doubling for some foods such as ice cream.

First lady Michelle Obama, who has used her White House position to launch the Let’s Move campaign to fight childhood obesity, announced the proposal alongside the FDA.

The principle behind the update is very simple, she said in a statement. You as a parent and a consumer should be able to walk into your local grocery store, pick up an item off the shelf, and be able to tell whether it’s good for your family.

Dr. David Kessler, who was commissioner of the FDA when the original labels were created, said the proposed update is a critically important advance in public health.

The food label is not just about giving consumers information but about creating incentives for the industry to create healthier products, he said in an interview. No company wants their product to look bad on the food label.

The FDA estimated the cost to industry of updating the labels will be about $2 billion while the benefit to consumers is estimated at between $20 billion to $30 billion.

The updates would take another three years or so to take effect. First there will be a 90-day public comment period, after which the FDA will draw up final rules. Once finalized, companies will have two years to comply with the regulations.

It is critical that any changes are based on the most current and reliable science, Pamela Bailey, president and chief executive of the Grocery Manufacturers Association, said in a statement. Equally as important is ensuring that any changes ultimately serve to inform, and not confuse, consumers.

By law, serving sizes must reflect the amount consumers typically eat, yet serving sizes listed on many packaged goods often differ wildly from what people actually eat. A serving of ice cream, for example, is currently listed as half a cup. Yet few people stop at half a cup.

Under the FDA’s proposal, a serving of ice cream would be a cup, doubling the calorie count and potentially giving consumers pause as they survey their options. The number of calories in a serving of Ben & Jerry’s Chubby Hubby ice cream, for example, would be about 660 instead of the current 330.

By contrast, the serving size for yogurt would fall from the current level of 8 ounces to the more commonly consumed 6 ounces, the FDA said.

In the case of packages that can be consumed in multiple sittings, such as family-sized bags of potato chips, manufacturers would have to provide two labels, one to show the nutritional information per serving and the other to provide the per package information.

FDA Commissioner Margaret Hamburg said the proposed label change reflects what has been learned about the connection between what we eat and the development of serious chronic diseases impacting millions of Americans.

Even so, the extent to which nutritional labels affect consumer behavior is unclear.

The evidence is thin and highly variable, said Alice Lichtenstein, a professor of nutrition science and policy at Tufts University.

Christopher Waldrop, director of the Consumer Federation of America’s Food Policy Institute, said it is hard to parse the impact of the nutrition facts label.

The updated labeling would reflect advances in scientific knowledge about sugars and fats. Companies would be required to list the amount of total fat, saturated fat and trans fat in a product but would no longer have to list calories from fat since the type of fat consumed is more important than the amount, the FDA said.

The FDA also proposes reducing the recommended daily amount of sodium to 2,300 milligrams from 2,400 milligrams, though some would like that reduction to go further.

There is strong scientific evidence that indicates lowering sodium can result in significant reductions in blood pressure, the American Heart Association said in a statement, adding that it will continue to recommend that daily sodium intake be limited to 1,500 milligrams.

The current nutritional information is based on a 2,000 calorie-a-day diet. The FDA said it has not yet established whether that figure will remain or be changed.

The proposed changes would affect all packaged foods except certain meat, poultry and processed egg products, which are regulated by the U.S. Department of Agriculture’s Food Safety and Inspection Service. 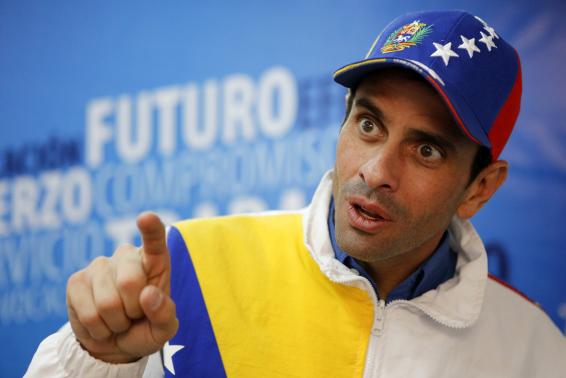 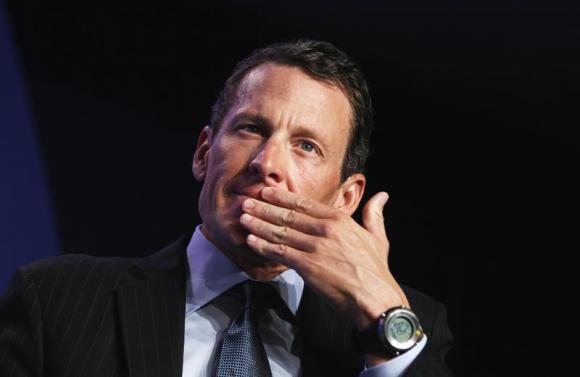