Recent grads are as crucial to the workforce as their more seasoned counterparts because they bring an element of innovation to the cubicle. But with little experience to show for it, it can be tough to craft a resume that stands out from the abyss that is the slush pile.

For years, our parents drilled into our heads that the key to scoring a lucrative job after graduation is maintaining strong grades. But as industries become more concerned with candidates in the holistic sense, an A grade in chem from a name brand school isn’t going to cut it if can’t apply that knowledge outside the classroom. “It’s really refreshing to be at a place like Facebook where it boils down to skills. We recruit at almost 300 schools. Are we Ivy League-focused? Absolutely not. Can you demonstrate that you can get the job done?” says Liz Wamai, director of recruiting at Facebook, who will be speaking at Glassdoor’s Best Places to Work Tour on February 27, which you can watch for live for free here.

What’s more is that as the workforce shrinks, competition grows. The catch? Devising a resume that sticks out. Here, tips to score that interview — and someday, that corner office.

Nail down the formula

Let’s get the basics out of the way. If you’re starting from scratch, here’s what you need to know: Include your name, contact information, and email. Begin with a summary of skills and work experience, then list your current role down to your oldest, even if they fall under academics. Provide enough detail under each role in bullet point form using enough industry key words to get through the screening process.

Keep in mind that a resume is a conversation starter, says Liz. It should pique the hiring manager’s interest enough that they want to engage in a dialogue with you during the interview. Spill all the beans on paper and you might fall flat in person.

You only have about a page with adequate white space (and two seconds of the hiring manager’s time!) to command attention. While omitting certain relevant work experience can be construed as lying, you have to be discriminating in what you include for the sake of properly tailoring your resume. Glassdoor career expert Scott Dobrowski says you’re under no obligation to list every job you have ever held if it doesn’t tie back to the position in question, as long as it doesn’t leave a large gap in your work history. “Leaving off background information that isn’t relevant is fine, but you should never pad a resume or list skills you don’t actually possess. Lying on your resume can have far bigger implications than leaving off your stint as a cashier at the mall,” he says. 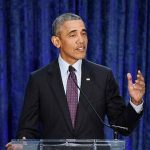 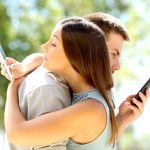 This Doctor Says Monogamy Is Dead, People Need to Be Honest About Having Affairs

Obesity: New test could identify children at risk of obesity – and help parents take action to prevent it happening 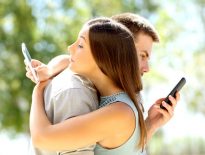 Couple This Doctor Says Monogamy Is Dead, People Need to … 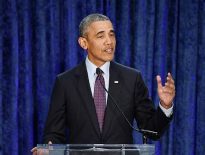