Ghana’s Third Republic lasted for just two years – from September 24, 1979 to December 31, 1981. Jerry Rawlings book-ended these two events. In 1979 he stepped aside following an election narrowly won by Dr. Hilla Limann. Rawlings had come to power on the back of a coup three months earlier.

The start of the short-lived Third Republic was another milestone that captured the complicated life of one of the most engimatic political figures of the past four decades. The Third Republic was important because the government was democratically elected. Rawlings’ coup overthrew it, and ushered in more than a decade of undemocratic rule.

Rawlings was a polarising figure. He led two coups before twice being elected president in multiparty polls. He left presidential office more than 20 years ago, yet his political legacy continues to divide Ghanaians.

As a researcher who wrote a PhD on politics in Ghana, and who visited the country for extended periods in 1985 and 1990, I was struck by the very different ways that Ghanaians perceive Rawlings.

At the time there was said to be a “culture of silence”, with many people apparently afraid to express their true feelings about him and his rule. This was not surprising given that the country was under military rule at the time.

But then, in 1992, a referendum was held. The result made it clear that most Ghanaians wanted multiparty democracy not government by the military or by “popular power”.

What is Rawlings best remembered for: his anti-Western radicalism, democracy, or political violence?

Maybe all three. What is clear is that he was able to retain control of Ghana for nearly the entire period between 1979 and 2001.

Most important, however, is that his political legacy included setting the country on a democratic path, from which Ghana has not deviated.

Assuming power for the second time at the end of 1981, Rawlings established the Provisional National Defence Council as the government.

It was meant to be a short-term response to a crisis. The Limann government stood accused of wanton dissipation of state resources and economic mismanagement. The rationale of the coup was to restore public faith in the government.

But Rawlings soon learnt, military coups may be easy to accomplish, but what to do afterwards is less clear.

How do you sustain support when there are no conventional democratic mechanisms, especially during a profound economic crisis?

Rawlings expressed his scepticism of “Western-style” – that is, liberal – democracy. He did not believe that Ghana was suited to this form of rule because of the potential for exacerbating ethnic division and increased social conflict.

Instead, he claimed he wanted a “revolution” to transform Ghana into a polity where the people, rather than civilian or military elites, were in power.

But they proved not to be the answer to Ghana’s political woes. There were two main reasons for failure: the Provisional National Defence Council did not enjoy legitimacy or authority among all Ghanaians while the Defence Committees were widely regarded as the domain of the “have-nots” who sought to use them to advance their own positions economically, often at the expense of others.

By 1984, Rawlings had replaced his initial structures with pro-regime Committees for Defence of the Revolution. These too were done away with after the return of multi-party democracy in the early 1990s. In sum, the Provisional National Defence Council came to power, replacing a democratically elected government, and Rawlings was not able to preside over a government which most Ghanaians trusted. Scepticism about the motivations of Rawlings and the Provisional National Defence Council were augmented by the fact that the Defence Committees were seen by many as primarily an attempt by him to stay in power undemocratically.

Rawlings’ legacy has two dimensions: a personal legacy and an institutional legacy.

In terms of his personal legacy, Ghanaians are divided generationally in their opinions. For many younger Ghanaians, Rawlings is a towering figure, who set the country on the course of political stability and growing prosperity. For many older Ghanaians, he is remembered as a brutal military leader who unleashed retributive justice on Ghana during the brief period of “housecleaning” in 1979 when the country was run by the Armed Forces Revolutionary Council. Politicians and the rich were arrested and their assets stripped, while market traders found their goods confiscated when accused of selling above “control price”.

Rawlings’ legacy when it comes to institutions in the country is also mixed. He was both a military as well as democratically elected leader after an overwhelming pro-democracy vote in a 1992 referendum.

This huge pro-democracy vote set Ghana on a more inclusive and democratic path. Central to the new political order was increased control of the security forces. Prior to this its inclination had been to interfere politically.

A piece of legislation that stands out was the Security and Intelligence Agencies Act which was passed in 1996. Its purpose was to protect ordinary Ghanaians from maltreatment by national security personnel. This was the first major legacy of Rawlings: increased democratic control of national security services.

The second institutional legacy is the multiparty and presidential political systems. Rawlings founded a political party, the National Democratic Congress in 1992.

It was to be voted out in elections in 2000. In tight run races, the main opposition party, the New Patriotic Party, provided both the new president, John Kufuor, and the largest party in parliament, with 99 of the 200 seats.

In 2005, the Ghanaian political scientist, Professor Emmanuel Gyimah-Boadi, noted that

Gyimah-Boadi also underlined that fundamental democratic rights, including habeas corpus and freedom of assembly, were increasingly respected. In addition, the relationship between government and the media improved and there was a concerted attempt to address impunity among lower ranking officials.

Collectively, these measures contributed to rebuilding the relationship between the state and citizens. They are important dimensions of political normalcy, reflecting one dimension of Rawlings’ political legacies: the reform of national institutions central to Ghana’s strongly pro-democracy political culture.

While some of these changes took place when Rawlings was no longer in power, it is the case that they began while he was still Ghana’s leader. As a result they can be seen as an important aspect of his personal legacy

Yet, this is not the whole story. As Avinash Paliwal of London’s School of Oriental and African Studies notes, there are still major concerns in Ghana about the security services’ behaviour.. They still sometimes act in democratically unacceptable ways. 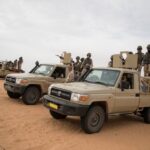 Mapping the contours of Jihadist groups in the Sahel 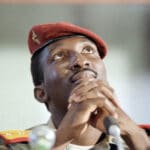 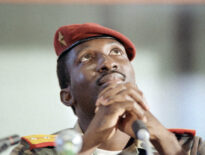 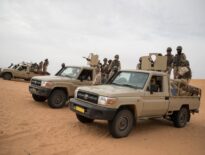 Africa Mapping the contours of Jihadist groups in the Sah…