The Sahel region, an area covering 3 million sq km, has been a hotbed of Islamic Jihadi groups in recent years.

Today, the region has no fewer than seven insurgent groups scattered in six countries. The area stretches from the Atlantic Ocean to the Red Sea and Indian Ocean and encompasses a dozen countries. These include Burkina Faso, Cameroon, Chad, The Gambia, Guinea, Mauritania, Mali, Niger, Nigeria and Senegal.

Jihadi groups have taken advantage of a number of underlying conditions, which fuel local grievances across the Sahel. These include endemic poverty, inequality, high unemployment levels, illiteracy, ethnic divisions and poor governance.

The groups have made inroads by stepping the vast ungoverned spaces where governments have been largely absent. Here they have helped resolve land tenancy issues, protected cattle from theft and prosecuted thieves. They have also provided social welfare, distributing food and medicine, offering cash incentives, and delivering some forms of government services.

But they are also responsible for atrocities in which thousands have died. Such as mass kidnappings, attacks on civilians in villages, schools, as well as attacks on military bases.

Islamic State in West Africa Province and Islamic State in Greater Sahara, are known to have attacked military bases in Nigeria, Mali, Niger and Burkina Faso. The two groups are also known for kidnapping civilians for ransom. This is in spite of the killing of some key commanders within the groups. Many of these deaths have been attributed to France following military intervention in Mali in 2013.

Jihadist groups have soldiered on despite repeated losses before. In the light of recent developments it’s worth assessing how big the presence is of Islamic State in Syria and Iraq the Sahel region.

Prior to creating the Islamic State in the Greater Sahara, al-Sahrawi had been a member of Polisario Front in Western Sahara, which was fighting for independence from Morocco. In 2012, he joined al-Qaeda in the Islamic Maghrib and would later co-lead a Malian Islamist group, Movement for Oneness and Jihad in West Africa.

He later rose to become a senior commander in al-Mourabitoun, another group affiliated to al-Qaeda, and which is currently part of Jama’at Nasr al-Islam wal Muslimin (Group for the Support of Islam and Muslims).

His pledge to the Islamic State in Syria and Iraq was rejected by the leader of al-Mourabitoun, Mokthar Belmokthar, as a way of maintaining the group’s allegiance to al-Qaeda. This led to al-Sahrawi’s defection and the formal establishment of the Islamic State in the Greater Sahara in October 2016.

In 2018 it was estimated that the al-Barnawi-led Islamic State West Africa Province had 3,500 fighters. It operates mostly in parts of north-eastern Nigeria such as Borno state, which is the epicentre of the Boko Haram insurgency, and the Lake Chad Basin area, which includes Cameroun, Chad and Niger.

In the same year it was estimated that the Islamic State in the Greater Sahara had 300 fighters. It operates mostly along the Liptako-Gourma region and in other parts of Mali and Niger. The group’s relationship with Ansaroul Islam, a Burkina Faso based Jihadi group has increased the number of its fighters, as well as defections by former Jama’at Nasr al-Islam wal Muslimin fighters.

In more recent times, Islamic State in the Greater Sahara has expanded its operations to include areas in Mali such as the Mopti, Gao, and Ménaka regions, the East regions of Burkina Faso and the Tillabery and Tahoua regions of Niger. The goal of both groups remains the establishment of a Salafi-jihadist caliphate in the Sahel, under Sharia law.

Despite the death of Abu Bakr al-Baghdadi, the leader of ISIS Core, Islamic State in the Greater Sahara and Islamic State West Africa Province have continued to perpetuate attacks. The death of al-Shawari and the unconfirmed death of al-Barnawi, is unlikely to make much of a difference in the operations of these groups across the Sahel.

Jihadist groups have over the years demonstrated their ability to put in place internal governance structures that allow for continuity in the event of unforeseen contingencies such as the death of a leader or commander. The recent takeover of the Taliban in Afghanistan serves to further embolden these groups.

While domestic and international security forces continually attempt to degrade, dismantle, and defeat these groups through the capture or killing of high value targets, a more result-oriented approach would be to address the underlying political and socio-economic factors that fuel their activities in the region. In addition, more efforts aimed at discrediting the influence of these groups must be prioritised. 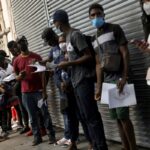 Haitian migrants at the border: An asylum law scholar explains how US skirts its legal and moral duties 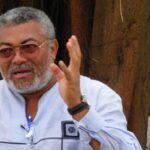 The Missile blazes in 100 freestyle at swim worlds

Study: “Marijuana” use has increased in Colorado

Mapping the contours of Jihadist groups in the Sahel 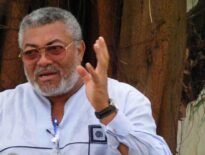 Africa Some Ghanaians hate him, some love him: the mixed … 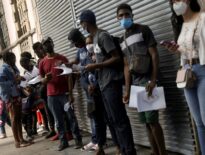 News Haitian migrants at the border: An asylum law scho…