(Reuters) – President Barack Obama learned on Monday what can happen to presidents caught up in allegations of scandal: they have to address them instead of anything else. 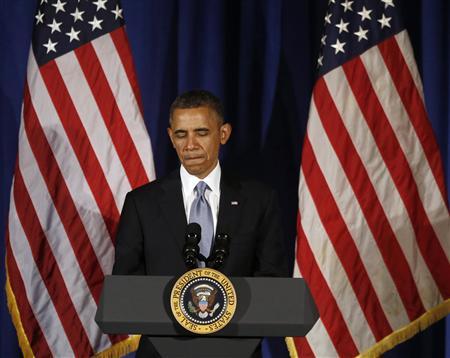 U.S. President Barack Obama reacts as he speaks at a Democratic Party fundraiser at the Waldorf Astoria hotel in New York, May 13, 2013. REUTERS/Jason Reed

It happened when the president had to interrupt his news conference with Prime Minister David Cameron of Britain to answer questions about the widening investigation into the Benghazi attacks in Libya and the Internal Revenue Service’s targeting of Tea Party and other conservative groups.

By the end of the day he was facing a third major problem when the Associated Press said the Department of Justice had secretly seized some of its reporters’ phone records last year.

It is all leading to comparisons with the second term of President Bill Clinton, in which his agenda was severely disrupted by the Monica Lewinsky scandal. Obama, unlike Clinton, has not been accused of personal misconduct. But his ability to steer the Washington “conversation” could be compromised.

“I think the IRS scandal comes at a very inopportune time for the president and the Democratic agenda,” said Sarah Binder, a George Washington University scholar of Congress.

“The challenge for Obama and the Democrats in the coming weeks and months will be to keep the public’s attention focused on Obama’s policy goals when Republicans and the media will be focused on scandal.”

The problems for Obama and Democrats may be worsened as well by the nature of the IRS behavior: targeting groups for extra scrutiny based on their political leanings reinforces the notion of big government pursuing citizens exercising constitutional rights.

It could feed into gun rights activists’ worries about slippery slopes that lead to gun confiscation or gun-owner registries, said one Republican Senate aide, or fears of government “takeovers” of healthcare.

Ron Bonjean, a veteran Republican aide on Capitol Hill who is now a consultant, said even though the IRS is an independent agency, the White House can expect to be blamed by the public for any wrongdoing by it.

“The public sees the IRS as part of the federal government, which the White House controls,” Bonjean said.

The same might be said of the news that broke Monday that the Justice Department secretly obtained two months of telephone records of reporters and editors for the Associated Press.

The potential risk is high for Obama and the Democrats.

The Democratic-controlled Senate is considering a comprehensive bipartisan immigration bill that already faces a rough road in the Republican-controlled House, where suspicion of the Obama administration runs highest.

“The political fallout will be very damaging for the administration,” said Bonjean.

“This will be another issue that takes the administration way off message,” he said. “There’s no way they can punch through with a positive agenda while investigations of the IRS are going on.”

The IRS scandal could easily spill over into the 2014 mid-term election year.

A week ago, Obama was confronting a single investigative proceeding on Capitol Hill on the subject of the deadly attacks on the U.S. mission in Benghazi, Libya, last September.

It was attracting relatively little public attention outside conservative circles, and he could dismiss as partisan because only Republicans were pushing it.

On Monday he confronted the prospect of multiple probes, with those into the IRS backed by Obama’s Democratic allies in Congress as Democrats moved quickly to show they were as concerned as Republicans about alleged IRS abuses.

On top of that, the AP is assessing options for legal action in response to the government’s actions, said David Schulz, an attorney representing the AP.

White House spokesman Jay Carney said the White House was not involved in the decision to seize the AP records.

The administration’s chief opponent in Congress of late -Representative Darrell Issa of California – threatened to add the AP issue to the list of things he is already probing, which include Benghazi and the IRS scandal.

Even without charges of personal misconduct, “staying coherent” in pursuit of an agenda is much more challenging for a president than it was in the Clinton years, said one of his former press secretaries, Mike McCurry.

“The environment for communications is so much more complicated now because you have this voracious social media environment in which everything is magnified,” he said.

“We didn’t have that. You could have congressional inquiries and scandals but you could calibrate a little bit and keep an agenda in play.” 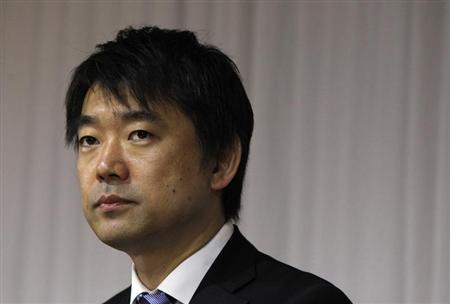 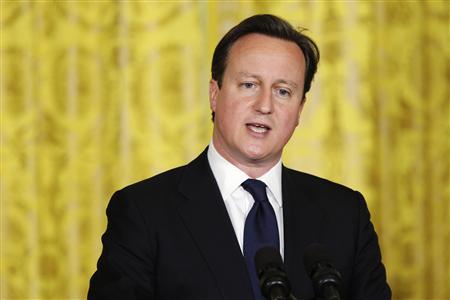