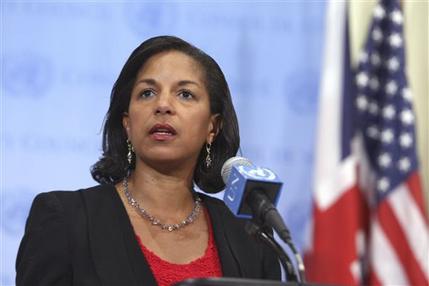 In this June 25, 2013 photo provided by the United Nations, outgoing U.S. Ambassador Susan Rice speaks to reporters at her final news conference at the U.N. headquarters. Rice, who will start her new job as U.S. national security adviser on July 1, said the U.N. Security Council’s failure to take action to stop the conflict in Syria is “a moral and strategic disgrace that history will judge harshly.” (AP Photo/United Nations Photo, Devra Berkowitz)

Rice’s remarks were her only public ones on Snowden and came in an interview with The Associated Press as she prepared to leave the U.N. post and start her new job Monday as President Barack Obama’s national security adviser.

She said it’s too soon to judge whether there will be any long-term serious repercussions from the intelligence leaks by the former National Security Agency contractor who fled to Hong Kong and then Russia after seizing documents disclosing secret U.S. surveillance programs in the U.S. and overseas, which he has shared with The Guardian and Washington Post newspapers.

“I don’t think the diplomatic consequences, at least as they are foreseeable now, are that significant,” she said.

U.S. Defense Secretary Chuck Hagel and Gen. Martin Dempsey, chairman of the Joint Chiefs of Staff, have called Snowden’s leaks a serious breach that damaged national security. Hagel said Thursday an assessment of the damage is being done now.

“There will always be difficult issues of the day,” Rice said, “and frankly this period is not particularly unique.”

“I think the Snowden thing is obviously something that we will get through, as we’ve gotten through all the issues like this in the past,” she said in the interview Thursday before heading to a lunch in her honor hosted by Secretary-General Ban Ki-moon.

The United States has charged Snowden with espionage and demanded his extradition, but China and Hong Kong let him fly to Moscow and the Russians have so far refused. The Snowden case has not only raised tensions with Moscow and Beijing but with many Americans concerned about the NSA collecting their Internet and phone data.

“I think the United States of America is and will remain the most influential, powerful and important country in the world, the largest economy, and the largest military, (with) a network of alliances, values that are universally respected,” she said.

Rice said Obama has “significant ambitions and a real agenda” for his second term, pointing to major speeches last week on disarmament and nonproliferation and this week on the impact of climate change.

As for Snowden, she said, “It’s often, if not always something, and U.S. leadership will continue to be unrivaled, demanded, expected – and reviled and appreciated around the world.”

Rice, 48, is expected to bring her outspoken and aggressive negotiating style to her new, higher-profile job.

At the United Nations, she has been a bold and blunt ambassador, successfully pushing for tougher sanctions against Iran and North Korea and international intervention in Libya. But Libya ultimately caused her greatest professional disappointment when she became the face of the administration’s bungled account of the terrorist attack in Benghazi that killed four Americans, including the U.S. ambassador.

The furor scuttled Rice’s long-held hopes of becoming secretary of state when it became clear she would not gain Senate confirmation to that post, which went to John Kerry.

Rice has called her 4 1/2 years at the U.N. “the best job I ever had,” and told The AP she would be “hard-pressed” to think of any better place to prepare for her new post.

“You get to deal with … literally every country under the sun, and I think you get a unique feel for the orientations, interests, styles, of a wide, wide range of countries,” she said.

To succeed at the U.N., Rice said, it’s crucial to form alliances and coalitions, which change depending on the issue, so a friend one day can be an opponent the next day.

Rice has sparred repeatedly with Russia’s U.N. Ambassador Vitaly Churkin, who can be equally blunt. But despite being on opposite sides of the Syrian conflict, which has paralyzed council action to end the fighting, Rice said they agree perhaps 85 percent of the time.

“I like and respect him,” she said. “I think he likes and respects me, and it’s been a good relationship. That’s why I asked him to speak at my farewell. I asked people who were important to me. He’s a very smart and a very funny guy and he can be a pain in the butt, too – and I tell him that to his face!”

At the farewell, Churkin delivered an off-the-record roast of Rice, without notes, that had some 300 diplomats, U.N. officials and journalists doubled-over in laughter.

The Syrian conflict will be near the top of Rice’s agenda in Washington as will the nuclear ambitions of Iran and North Korea.

Rice said the result of Iran’s presidential election earlier this month, a victory for Hasan Rouhani, a moderate who supports direct talks with Washington, “was a dramatic demonstration of the Iranian peoples’ dissatisfaction with the status quo.”

“To the extent that the leadership feels obliged to heed popular opinion – obviously we would hope they would – it may perhaps signal a readiness to move in a different direction, and if so, we would welcome it,” she said. 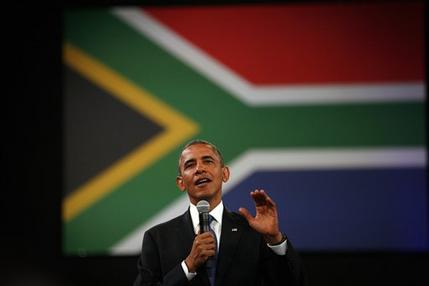 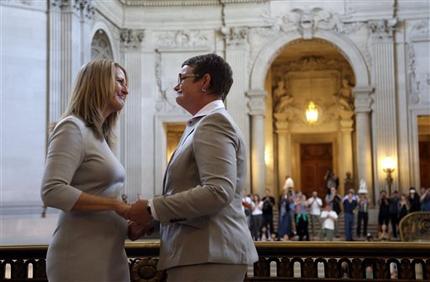