In an interview on ‘‘CBS This Morning,’’ Powell also said he was ‘‘more comfortable’’ with the president’s views on immigration, education, and health care.

“I do not want to see the new Obamacare plan thrown off the table,’’ Powell said. ‘‘It has issues — you have to fix some things in that plan — but what I see is that 30 million fellow citizens will now be covered.’’

It is an open question whether his endorsement will carry as much weight as it seemed to four years ago when he threw his support behind Obama in the final weeks of his campaign against Republican Senator John McCain. But the president’s advisers had been waiting with anticipation of an endorsement, which Powell did not reveal until his television interview Thursday.

In the interview, Powell said the nation’s unemployment rate was still too high, but he added: ‘‘I think generally we’ve come out of the dive and we’re starting to gain altitude.’’

He praised Obama for his handling of national security.

“I also saw the president get us out of one war, start to get us out of a second war, and did not get us into any new wars,’’ Powell said. ‘‘I think the actions he’s taken with respect to protecting us from terrorism have been very, very solid. And so I think we ought to keep on the track that we are on.’’

On Afghanistan and other foreign policy concerns, Powell said he did not believe Romney ‘‘has thought through these issues as thoroughly as he should have.’’ He added, ‘‘There are some very, very strong neoconservative views that are presented by the governor that I have some trouble with.’’

He said he still considered himself a Republican but in ‘‘a more moderate mold.’’ He added, ‘‘That’s something of a dying breed, I’m sorry to say.’’

Four years ago, Powell announced his endorsement of Obama in an appearance on ‘‘Meet the Press’’ on NBC. He did not say during his interview Thursday whether he would campaign on Obama’s behalf. 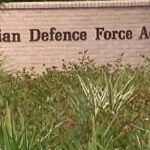 Tables turn on Spain with pressure to seek bailout 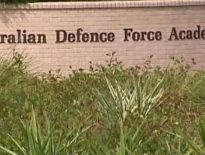