The singer suffered from cardiac disease and could have had a heart attack before drowning, officials say. Cocaine is listed as a contributing factor in the death.

Singer Whitney Houston appears to have suffered a heart episode before accidentally drowning in the bathtub of a Beverly Hills hotel suite, according to coroner’s officials who listed cocaine use as a contributing factor.

The autopsy results were released Thursday after weeks of intense speculation over how the 48-year-old pop star died. The case marks another high-profile Hollywood death connected to drug use, coming less than three years after Michael Jackson died suddenly at his Holmby Hills mansion. Jackson’s death resulted from use of a surgical anesthetic for sleep, and his doctor was later convicted of involuntary manslaughter.

Houston had battled drug addiction for years, and the coroner’s office found traces of several drugs — including marijuana, the anti-anxiety medication Xanax, the muscle relaxant Flexeril as well as Benadryl — in her system. But the coroner’s office concluded that those drugs did not contribute to her death.

Cocaine did play a role, though officials would not say how much of the drug was in her system. Craig Harvey, the coroner’s operations chief, said the toxicology findings “suggested chronic usage.”

“She could have had a heart attack,” rendering her unconscious, and then become submerged in the filled tub, said Ed Winter, the coroner’s deputy chief for operations.

A law enforcement source said that no cocaine was found in Houston’s room at the Beverly Hilton Hotel but that bottles of various medications were recovered. The autopsy found that the singer suffered from a pre-existing condition known as atherosclerotic heart disease.

David Campbell, a retired captain for the coroner’s office, said the disease is often linked to blockages of blood flow to the heart.

Use of cocaine and other narcotics would intensify the dangers, he said. Cocaine can constrict blood vessels and reduce blood flow, he said.

In an interview with ABC News in 2002, Houston acknowledged using cocaine as well as marijuana and drinking heavily at times. She strongly denied using crack cocaine.

“Crack is cheap. I make too much money to ever smoke crack,” she said in the interview. “Let’s get that straight. OK? We don’t do crack. We don’t do that.”

Last May, Houston’s spokeswoman said the singer was going back into rehab.

Cocaine has played a role in several high-profile deaths among entertainers. In 1982, John Belushi died of a combined injection of cocaine and heroin known as a speedball at the Chateau Marmont on the Sunset Strip. Fellow “Saturday Night Live” performer Chris Farley died of an accidental overdose of cocaine and morphine in Chicago in 1997.

Unlike in the Jackson case, Winter said no further investigations are planned. Beverly Hills police said detectives will prepare a final report, due to be released in two weeks, after they review the coroner’s findings.

Investigators had served subpoenas on doctors as well as at the pharmacies where Houston obtained the prescriptions they found in her hotel room. But officials said they don’t believe any of those medications played a role in her death. Authorities did not say how long those drugs had been in her system.

Houston was found submerged in the bathtub of her hotel room the afternoon of Feb. 11 by an assistant. Beverly Hills Fire Department paramedics performed CPR on the singer for about 20 minutes before pronouncing her dead.

She was in Beverly Hills for music industry titan Clive Davis’ annual pre-Grammy party that night at the Hilton. Her death cast a pall over the Grammy Awards, which took place the next day.

In the days before her death, Houston had been acting strangely, skipping around a ballroom, doing handstands near the hotel pool and perspiring heavily. Two days before her death, she dropped by the rehearsals for the pre-Grammy party. A Grammy staffer said that as reporters interviewed Davis and singers Brandy and Monica, Houston was dancing just off camera to make them laugh.

Davis, who discovered Houston and shepherded her recording career, declined through a spokeswoman to comment on the coroner’s report.

Houston’s family said they hope the autopsy allows them to move on with their lives.

“We are saddened to learn of the toxicology results, although we are glad to now have closure,” said Patricia Houston, the singer’s sister-in-law and manager, in a statement to the Associated Press. 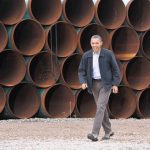 Obama’s Keystone XL announcement under attack from both sides

The world’s biggest family: The man with 39 wives, 94 children and 33 grandchildren

Singer Chris Brown has probation revoked due to traffic accident

Entertainment The world’s biggest family: The man with 39 … 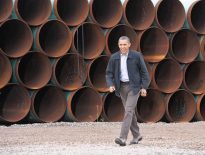