crisis on Thursday, with big losses on Spanish property, and fragile markets casting a shadow over the rest of the year

despite an early investment banking rebound. 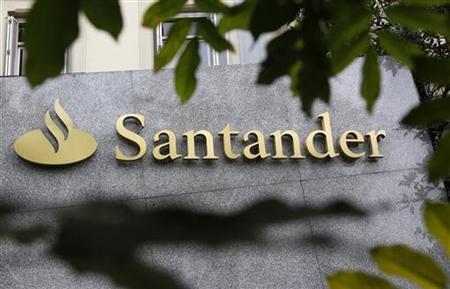 after it took a 3.1 billion euro ($4.1 billion) provision to cover rising loan defaults, as the effects of Spain’s property

market crash were compounded by economic recession and joblessness afflicting nearly one in four workers.

rise in underlying first-quarter profit to 2.45 billion pounds, as revenues at Barclays Capital, the investment bank that

provides the bulk of its profit, rose to 3.5 billion pounds, up 91 percent on a weak fourth quarter and up 3 percent from a

Losses on bad debts dipped 16 percent from a year ago, but the bank warned the backdrop remained

slow economic growth around the world. It’s still a zero interest rate policy in developed economies. This is not a robust

He echoed comments from other banks that market activity had slowed in April. “Most people would say

April was a bit sluggish compared to the first three months,” he said.

By 0849 GMT the European bank index was down

0.6 percent. Santander shares had dropped 3.4 percent, and Deutsche Bank was down 3.3 percent. Only Barclays shares were in

securities division hit 6.2 billion euros, up over 80 percent from the fourth quarter, but down 8 percent from a year

Group pretax profit fell to 1.9 billion euros ($2.5 billion), down from 3 billion a year ago and missing

“Against this backdrop financial markets remain cautious as we have seen in April, with investor 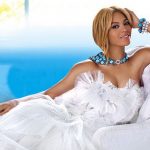 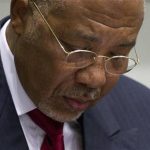 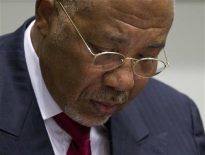 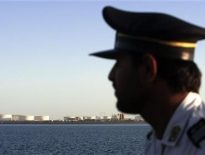