(Reuters) – By striking Islamic State in Syria, the United States would be weakening one of President Bashar al-Assad’s major enemies. But the new U.S. strategy may still unnerve Assad by helping other opponents determined to overthrow him.

The U.S. strategy for tackling Islamic State in Syria is unlikely to yield quick results. Unlike in Iraq, where U.S. air strikes were able to quickly roll back some Islamic State advances, Washington has no strong partner on the ground.

But in a war that has already lasted over three years and killed more than 190,000 people, the U.S. plan looks set to bring with it the most serious effort yet to bolster what is left of the fragmented moderate opposition to Assad.

It could be a long time before rebel fighters loosely defined as the Free Syrian Army can be turned into anything approaching a serious military force. That may not even be the goal. Both Assad’s allies and opponents agree there can be no military solution to a war that requires a political settlement.

But enhanced support – including training that Saudi Arabia has agreed to host – may at least provide a life line for the mainstream rebels who have faced the risk of being wiped out altogether by Assad and Islamic State.

Eventually, a unified opposition better able to stand its ground could create new momentum for a stalled diplomatic track involving both the West and Assad’s main allies, Russia and Iran which are also alarmed by the rise of Islamic State.

President Barack Obama, in a major policy speech on confronting Islamic State, said on Wednesday he would not hesitate to strike the group in Syria, where it has taken over swathes of territory in the east and northeast.

He also ruled out the idea of cooperation with the Syrian government which some analysts thought would be an eventual outcome of the fight against Islamic State. Some still believe indirect cooperation through third parties may be possible.

The Assad regime and the Iranians are natural bookends to this in the east and west, but he (Assad) is not going to get to deal with the West as he had hoped, said Andrew Tabler, a senior fellow at the Washington Institute and an expert on Syria.

The United States has decided this is going to be a very long war, and they are going to support the opposition.

Obama said the United States had already ramped up military assistance to the Syrian opposition – a possible reference to aid delivered through an ostensibly covert CIA training program. He also asked Congress to approve additional resources of $500 million to help the opposition.

Mainstream rebel groups say they have already started to reorganize themselves. One, the Hazem movement, has reported receiving new supplies of anti-tank missiles in recent weeks.

Opposition activists say tens of thousands of fighters have joined mainstream rebel groups since the start of the revolt.

But rebels say many continue to abandon the moderate opposition units for better-funded Islamist groups, including not only Islamic State but also the Nusra Front, which is allied to al Qaeda.

Critics of plans to arm mainstream rebels worry that new weapons could end up in the hands of radicals.

Any attempt to bolster the moderates will also face scepticism from opposition activists who blame a lack of Western support for the failure of their uprising. Although some have fought against Islamic State, they say their main enemy is Assad and Washington has so far done too little to help them.

The people must have faith in Obama’s intentions, said one rebel commander. But yes I will accept weapons and training assistance, he said.

Hadi Al Bahra, head of the main Western-backed opposition group in exile, said strengthening the mainstream opposition would disabuse Assad of the notion that he could win a military victory.

Any strengthening of the FSA will help fortify its situation on the ground, thereby putting pressure on the regime to go to the negotiating table to bring about the political transition, said Bahra, head of the National Coalition.

U.N.-backed peace talks were convened in January between the opposition and the Assad government but swiftly collapsed. Assad has shown little appetite for a political solution while his forces have been making gains, aided by allies including the Iranian-backed Lebanese Shi’ite group Hezbollah.

The government and its allies have managed to shore up control over a strategic corridor of territory in western Syria stretching from Damascus to the coast. The authorities held a presidential election in territories under their control earlier this year, returning Assad for a third seven year term.

But life in government-controlled areas is still far from normal. Fierce clashes are still raging to the east and the southeast of Damascus for example, according to the Syrian Observatory for Human Rights, which tracks the war.

The Islamic State’s gains in eastern Syria have triggered rare criticism on social media of the government’s military strategy from Assad loyalists, including one of his cousins, suggesting a possible pressure point for him.

Some of the criticism surfaced when Islamic State fighters executed scores of Syrian government soldiers captured at an air base in Raqqa province last month.

THE GOAL IS IRAQ

The Syrian air force has escalated its bombardment of Islamic State-held territory since the group seized the Iraqi city of Mosul in June.

Islamic State now holds much of Raqqa and Deir al-Zor provinces in Syria’s east and has advanced westwards near the Turkish border and north of the city of Aleppo, an important theater for conflict between rebels and pro-government forces.

If Islamic State can secure its hold over the territory near Aleppo, it could sever rebel supply lines into the city, Syria’s largest before hundreds of thousands of refugees fled.

Fighters from the Kurdish minority, who have also fought against Islamic State but have so far failed to persuade the West to aid them, could also be a factor. There are increasing signs they are cooperating with the mainstream rebels.

A group of mainstream rebels joined forces this week with well-organized Kurdish fighters to fight Islamic State in parts of Raqqa and Aleppo provinces, the Syrian Observatory for Human Rights reported on Wednesday. The factions formed a joint operations room and have issued a statement calling for the international community to eliminate Islamic State.

The scope of intended action in Syria remains unclear. The Syrian government has said any military action undertaken without its permission would be an act of aggression – a view shared by Russia, which has consistently blocked meaningful measures against Syria at the U.N. Security Council.

Bahra, the opposition leader, envisioned an international alliance against Islamic State going as far as protecting civilian areas from Syrian government air strikes – an outcome tantamount to a no-fly zone the opposition had long sought.

Assad’s unchallenged air power has given him a decisive advantage in the conflict. But the West has shown no appetite for imposing a no-fly zone over Syria, much less bombing to help remove Assad as it did in 2011 against Libya’s Muammar Gaddafi.

Amine Kammourieh, a Lebanese journalist and political analyst, predicted that any air strikes against Islamic State would be limited to areas on the border and supply routes. He added that the moderate opposition was non existent.

The strike will be to weaken ISIS, not to eliminate it completely, and it will be weakened not for the sake of Syria, but Iraq. The American goal today is always Iraq, he said. 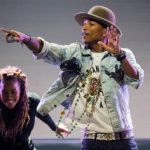 Pharrell in element in Britain, where ‘Happy’ is top download 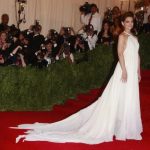 Actress Katie Holmes to make directorial debut with ‘All We Had’ 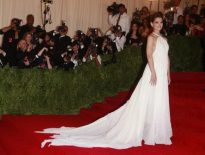 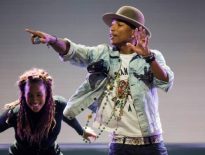 Entertainment Pharrell in element in Britain, where ‘Happy…