(Reuters) – The hero of France’s top movie comedy of the moment is a French foreign minister who complains about American isolationism and says the Germans must be humored – but above all kept off the U.N. Security Council. 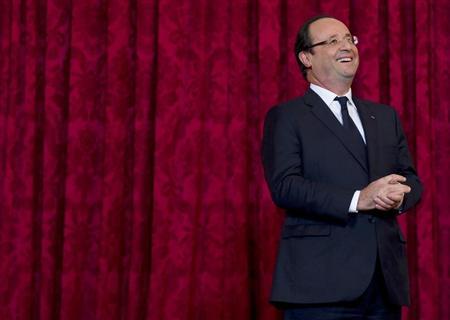 One reason for the box-office success of “Quai d’Orsay” – named after the 19th century palace by the River Seine where France conducts its world affairs – is how closely it flirts with real-life policy.

Another reason, underlined by a weekend poll showing two-thirds of French mired in pessimism about the next decade, is that it transports local audiences into a domain where their country continues to flex real muscle.

November has been a torrid month for France, rapped by the European Commission for failing to reform its economy and hit by a new sovereign debt downgrade. Nationwide anger at rising taxes has sparked often violent protests, notably by Breton livestock workers up in arms over a planned road freight levy.

Yet abroad, it has exuded self-confidence and strength: it played hard ball in major-power nuclear talks with Iran that brought a landmark deal on Sunday; it is gearing up for a risky new peace intervention in ex-colony Central African Republic; and some 1,200 French troops took part in a NATO exercise in eastern Europe – five times more than the U.S. contingent.

It would be just as premature to declare France an emerging world superpower as it would be to pronounce the euro zone’s second largest economy beyond hope of repair.

But the disconnect between its domestic fragility and international robustness is all too real – and is re-defining French ties with strategic allies and trading partners alike.

“The logic is: ‘I intervene, therefore I am’,” said Dominique Moisi, senior adviser at the French Institute for International Affairs.

“The more France feels inferior economically, the more it wants to be active diplomatically – it reminds it of past greatness and is also popular with the French themselves.”

This French paradox is all the more deep-rooted because it stems from things that Paris cannot – or will not – change.

While the French are no fans of small government, there is wide acceptance that public spending which consumes 57 percent of national output is a drag on the economy. Yet no leader of any political hue has dared bring it down meaningfully.

Strict labor law has given those with permanent contracts some of the best worker rights in the world. That has distorted the jobs market by encouraging more and more employers to offer precarious temporary contracts – but reform is proving a long haul as beneficiaries of the current system resist change.

Likewise, France’s power on the world scene stems from a set of circumstances which it is in no hurry to change.

France’s permanent veto-wielding seat on the U.N. Security Council next to those of the United States, Russia, Britain and China was set in the U.N. Charter signed after World War Two.

That veto has given it real leverage in talks over Iran’s nuclear program and just about every major international affair. Talk of reform to replace the two European seats with joint European Union representation has never got very far.

Like Britain, France has a strong army and a public opinion historically inured to war. But France’s 1958 constitution, drawn up after the collapse of the short-lived Fourth Republic, gives its presidents unparalleled leeway on defense matters.

Those powers allowed Francois Hollande to make a snap decision in January to send French troops to Mali to head off an al Qaeda-backed advance on the southern capital Bamako.

On Syria, while Britain’s David Cameron lost a parliament vote in August on military action and the United States’ Barack Obama finally backed away from a confrontation with Congress, French jets were already on standby.

“In the Syrian conflict, the Gulf countries in particular noted that the French decision to use military force was not dependent on parliamentary approval,” Bruno Tertrais, analyst at the Paris-based Foundation for Strategic Research said.

“All three countries (France, Britain, the United States) have security pacts in the Gulf but France is considered to be a bit more credible politically.”

French diplomats were furious at having to stand down their forces at the last minute. The Syrian episode confirmed French suspicions that the United States, no longer as dependent on the Gulf for its energy, was less focused on the region.

That paved the way for the stance France took as defender of Gulf and Israeli interests in the first Geneva talks with Iran this month when it rejected a sanctions-freezing pact Foreign Minister Laurent Fabius dismissed as a “fool’s game”.

Tehran and even some allies vented their frustration. The country that a decade ago was branded “cheese-eating surrender monkeys” by some in the United States for opposing the Iraq war was now denounced as “gun-slinging frogs” by hard-line Iranians.

Yet the French line allowed Hollande to declare on Sunday that the final November 24 deal “respected all the demands made by France”. Proliferation experts agreed that new restrictions imposed on Tehran in return for sanctions relief made it harder for the Islamic state to acquire any atomic bomb.

With European growth prospects bleak, France has told its diplomats to venture forth and seek business. Fabius wants to beat former U.S. Secretary of State Hillary Clinton’s record of circling the world 38 times during her 2009-2013 tenure: in 18 months, he has already managed 17.5 revolutions.

Hollande is at it, too. As with last week’s trip to Israel, he travels with an entourage of up to 50 CEOs from French blue-chips such as nuclear firm Areva and defense group Dassault.

“Every time we sign an engineering deal, it means French jobs,” Guillaume Pépy, the head of state rail company SNCF said on the Middle East trip. “We hunt in a pack.”

The campaign has had some notable successes: power engineering group Alstom secured a 4-billion-euro order for rolling stock – the biggest in its history – during Hollande’s trip to South Africa in October.

But trade diplomacy will not be enough to put the domestic economy to rights. And France’s high-profile policy stances risk irking trade partners: now it has backed the Iran deal, it must convince Israel and the Gulf states it did not go soft.

The real imponderable is why Hollande and his government do not act with the same decisiveness at home as abroad.

True, unlike on foreign and defense issues, any major domestic economic reform does have to go through parliament – but then Hollande’s Socialists have a majority in the lower house where most legislative power resides.

There is also the risk of falling foul of trade unions who could bring the country to a standstill. But the last time they did that was in 1995; subsequent laws require them to maintain a minimum service in areas such as transport and education.

Those close to Hollande say he is preoccupied by two main dangers: the threat of an internal rebellion in the Socialist Party he led for over a decade before becoming president; and the risk of spontaneous street protests.

“The Turks got caught out by a row over a public park,” he recalled earlier this year of violent protests that exploded over an urban redevelopment plan for an Istanbul park.

Such comments explain why Hollande has only tinkered with France’s deficit-laden pension system and allowed unions and employers to strike a modest compromise accord on labor law rather than imposing more ambitious reform.

A poor score for his Socialists in local and EU votes early next year could prompt party allies to withdraw their support unless he ditch reform altogether and buy growth with more public spending. A survey by pollster BVA this month showed one in two French already back a dissolution of parliament.

“Francois Hollande has understood this,” said Moisi. “It is much easier to deal with foreign powers than with certain factions in the French Socialist Party.” 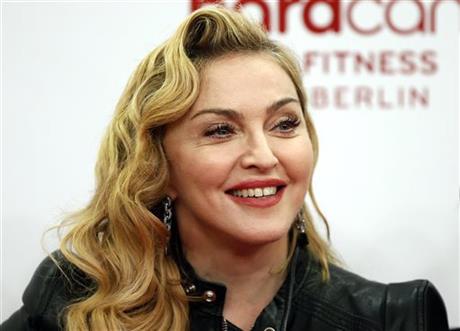 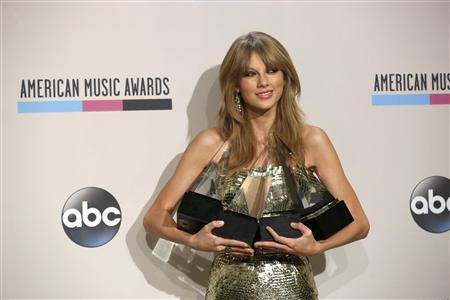